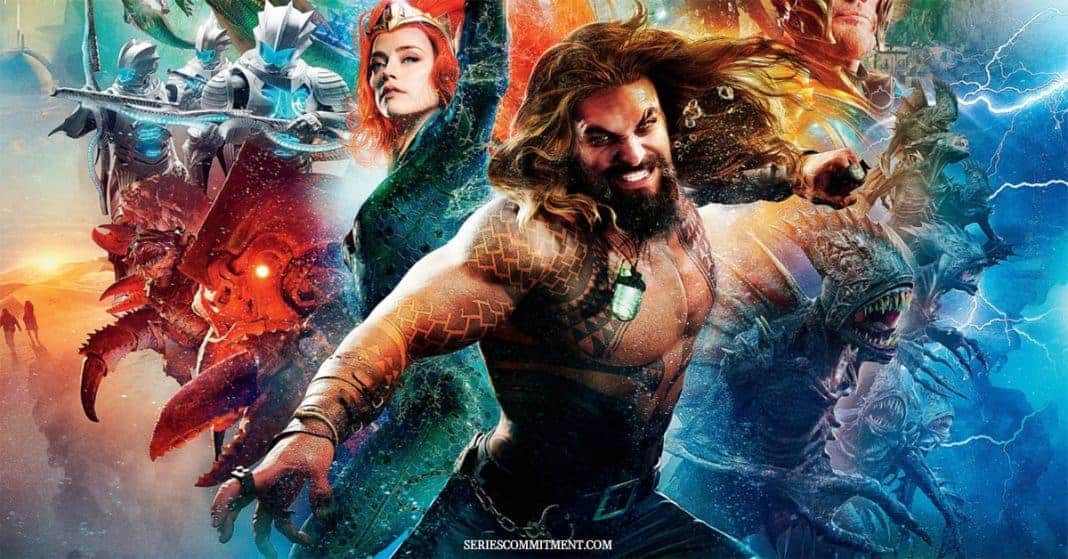 Movies have been the crux of entertainment for people. It has been further found that a high percentage of people prefer watching adventure movies the most. And within it, a little bit of action is always accepted gleefully. The action movies are still crowd pullers and bring outcries of joy in unison in theatres to go with the whistling when the hero gives a bash to the villain.

Best Adventure movies are most loved among viewers because of their attractive and engaging style that keeps viewers glued to their seats. And they are mostly tailor-made to attract users from the first minute. But not all adventure movies solely depend on action. And with the combination of great directors and actors, there have been breathtaking adventure movies. And here, we will be looking at the Best adventure movies from all times. The list is not specific to Hollywood only.

Based on an actual event, this movie revolves around a warship trying to capture a far superior warship. This period war drama is set at the time of the Napoleonic wars and presents an accurate depiction of the war. With a budget of $150 million, it managed to gross $212 million at the Worldwide Box Office. This Russel Crowe starrer movie is available in Amazon Prime.

This Spanish movie is about a young Che Guevara whose poster read, “Before he changed the world, the world changed him. .” It embarks on the 1952 expedition across South America that counts for an all-time adventure and is critically acclaimed as a coming of age film. This is a must-see movie and is available on Amazon prime but currently unavailable on all locations. Even though in Spanish, it is in the top adventure movies.

The initial movie of the Pirates of the Caribbean series is a hilarious adventure about a captain named Jack Sparrow and his crew members. Jack Sparrow with his witty nature and charisma set out on a rescue mission of the kidnapped Elizabeth Swann from Hector Barbossa, the captain of Black Pearl. With a star-studded cast, this movie can be viewed on Hotstar.

About the book counterpart of the same name by Yann Martel. It was said that this breathtaking story could never be recuperated into cinema. But cut to 2012 director Ang Lee defied all odds to bring us a movie worth watching and winning the Oscar for best director. It revolves around the story of Pi Patel who survives a shipwreck and is stuck on a lifeboat with a Bengal Tiger. The adventure enrols as Pi and the Tiger start exploring and understanding each other to survive all odds.

A cult adventure classic story of the detective Indiana Jones. Harrison Ford and Steven Spielberg a great combination. It portrays the story of Indiana Jones on a journey to retrieve the long lost ark of the Covenant before the Nazi’s get a grasp of it. Go on and watch this, and it is a series of action-adventure movies on Netflix.

A-One and a half-hour movie revolving around a few teenagers of Castle Rock, Oregon, go in search of a missing boy’s dead body. Directed by Rob Reiner and distributed by Columbia Pictures, this movie is based on the book “The Body” by Stephen King. With suspense, drama and lots of adventure this movie sets the bar just right in this segment. Stand by me is available for free on YouTube.

Oh, those memories with this movie. As a child, everyone eagerly waiting for it to be premiered on TV. Such was and is the craze of this movie. This movie is a Science Fiction directed by Steven Spielberg and revolves around a wildlife park that houses de-extinct dinosaurs. It shows how visitors and families escape the park during a catastrophic shutdown causing the dinosaurs to become wild.  Available in Netflix and Amazon Prime.

Very few movies have your attention from the first to the last frame. This wonderfully depicted, hilarious adventure movie does that. This Fantasy Adventure Comedy film tells the story of Wesley who sets to rescue his love Princess Buttercup from the clutches of Prince Humperdinck. How he rescues is an adventure of its own kind which is sure to leave you in splits. The Princess bride is available on Vimeo.

Never before has sci-fi been shown so craftily and made so adventurous. This Science fiction film directed by Christopher Nolan is set in a dystopian future where a group of Astronauts are in search of Humanity after a struggle to survive the odds. Thank you, Christopher Nolan, for bringing this to us. Available on Amazon Prime.

The second film from the star wars epic series. The story revolves around the after events of the 1st instalment and how the Galactic Empire is on the hunt for the Rebel Alliance 3 years later. Star Wars as a franchise never fails to disappoint for an adventure-packed sequel. The characters, plot, and scientific thoughts in such times make this to every list of adventure films. This is available in Hotstar.

A Tarantino movie never lacks energy, entertainment, and information. The story focuses on King Shultz who along with Django seeks out to find some men and Django’s wife. Django is a classic adventure film of all time that is perfect to binge on. Not to forget acting of the highest level. You need to watch this ASAP if you have not seen it. I insist. You can tune into Amazon Prime and Netflix to have fun watching this.

After 11 years of storytelling, it all comes down to this. An epic final story of the Avengers who plan to take down the Titan Madman Thanos before his Infinity Snap. The quest behind finding the infinity stones before Thanos by  This movie has a separate fan base. And they are marvelous. By now, you know a gist of the story if you have not watched it. Hotstar is waiting for you in this regard.

The story is about mining diamonds, political unrest, a torn-up family, and a shrewd businessman turning good in Africa. Directed by Edward Zwick, this movie grossed $171 million at Worldwide Box Office. And an Edward Zwick movie does not need an introduction with an adventure entertainer tag. This movie will cut deep into you and will stay for the rest of your life. And even if that does not attract you, let me say it’s a DiCaprio starrer. Available for watching in Amazon Prime.

The story is about 3 gunslingers who are set to find fortune during the American Civil War. This cult classic cowboy movie is a no brainer that depicts the journey of these 3 gunslingers and is filled with thrilling adventures that makes it go on the list of best adventure movies of all time. The DVD of this movie is available on Amazon.

This animated movie has multiple Spider-Man around the universe assisting the Spider-Man of the world to come of age and fighting evil. The new Spider-Man in town, Miles Morales, joins hands with other spider people from other timelines and verses to rescue New York City from the horrible Kingpin. Will Miles be introduced in MCU phase 4? Well one can just watch this classic and hope for the best. Available on YouTube and Google Play for buying.

At the end of the day, everyone likes a good adventurous film. It gives a sense of excitement and a shot of adrenaline to our otherwise mundane lives. With multiple segments of adventurous movies served to us almost all the time, it is sure to keep us entertained forever. This is just a gist of the best adventure movies. I hope you enjoy them.