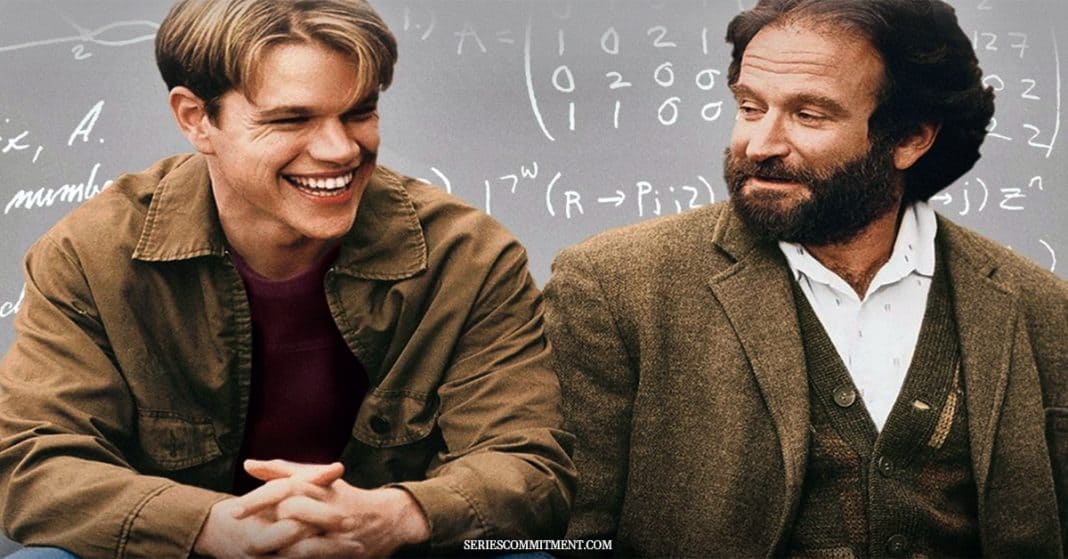 Whiplash is an American drama film, depicting the relationship between an ambitious jazz drummer and an abusive band leader at the Financial Shaffer Conservatory. Starring Miles Teller J. K. Simmons, this movie highlights perseverance and the endless ability to believe in oneself. The movie is available to rent or buy on iTunes or Google Play Store also available on prime.

This biographical drama film starring Adrien Brody is based on the autobiographical book The Pianist (1946). This is a Holocaust memoir by the Polish-Jewish pianist and composer Władysław Szpilman, a Holocaust survivor. Including pieces of our history, this movie highlights the brutal, sad, but true story of survivors’ honor and respect.

One of the most inspirational movies ever, this American biographical drama film is based on the life of John Nash, who is the owner of multiple awards. Inspired by a bestselling, Pulitzer Prize-nominated book by Sylvia Nasar, the movie stars Russell Crowe, along with Ed Harris and Adam Goldberg. Available to rent or buy on iTunes or Google Play Store, the movie follows a graduate student at Princeton University, Nash. He begins to develop paranoid schizophrenia and endures delusional episodes while he becomes a burden for his wife.

Million Dollar Baby is an American sports drama film based on F.X’s short stories, available on Netflix. Toole. Starring Eastwood and Morgan Freeman, the film follows “Maggie,” an underdog amateur boxer who is helped by an underappreciated boxing trainer to help her achieve her dream.

One of the most inspirational movies on Netflix, this American historical drama film is based on the 1983 biography Alan Turing: The Enigma by Andrew Hodges. The movie and the biography tried to answer the question, “Can machines think?” The movie stars Benedict Cumberbatch as Alan Turing, who decrypted German intelligence messages for the British government during the Second World War.

An adaptation of the 1853 slave memoir “Twelve Years a Slave” by Solomon Northup is a biographical period-drama film. It is available to rent or buy on google play store. It follows the story of a New York State-born free African-American man kidnapped in Washington, D.C., in 1841 and sold into slavery for 12 years before being released. The movie is as real as it gets with the other characters in the movie also being real people.

One of the most inspiring movies, this American biographical sports drama film, highlights the struggle of James J. Braddock as he turns his life around in his lowest points. The film is available to rent or buy on Google Play Store and Prime Video.

This American psychological science fiction comedy-drama film stars Jim Carrey as Truman Burbank. Available on Netflix and Prime Video, the story is about Truman, a man who grew up living an ordinary life that takes place on a large set populated by actors for television, unknown to him. Ultimately, he discovers the truth and decides to escape.

The American teen drama film stars Robin Williams, available on Hotstar. The movie is set in 1959 at the fictional elite conservative Vermont boarding school Welton Academy. The story follows an English teacher who inspires his students through poetry.

This adventure drama film is based on Yann Martel’s novel, available on iTunes, prime and Google Play Store. Starring Suraj Sharma and Irrfan Khan, the storyline revolves around an Indian man named “Pi” Patel, 16, who survives a shipwreck and is adrift in the Pacific Ocean a lifeboat with a Bengal tiger.

This American biographical sports drama film is based on a book by Michael Lewis. The storyline features Michael Oher, an offensive lineman who was drafted by the Baltimore Ravens of the National Football League (NFL), available on prime, iTunes and Google Play Store. The film follows his journey through his life at Christian school, his adoption, and his drafting by the Ravens.

The Pursuit of Happiness is an incredibly inspiring movie based on a true story.  Starring Will Smith, the movie follows the story of an entrepreneur who struggled to be homeless for one year while also taking care of his child. The movie highlights the importance of following your dreams.

Available on Google Play Store and itune, this American buddy drama film follows the protagonist’s story as he struggles to find a way to keep his head afloat in a sinking boat. Starring Adam Sandler and Don Cheadle, the movie does not fail to highlight the importance of a good friend.

This American concert/documentary film about the former United States Vice President Al Gore’s campaign to educate people about global warming is available on prime, iTunes and Google Play Store. This movie was credited for raising awareness internationally about global warming and its effects.

Available on prime and iTunes, this American adventure comedy-drama film stars Ben Stiller and Kristen Wiig. The movie reminds people of their rights and the importance of standing up for themselves.

Inspirational movies only provide insight into what your future can look like, but it is up to you to motivate you to make something greater for yourself.