Best Lawyer Movies of All Time 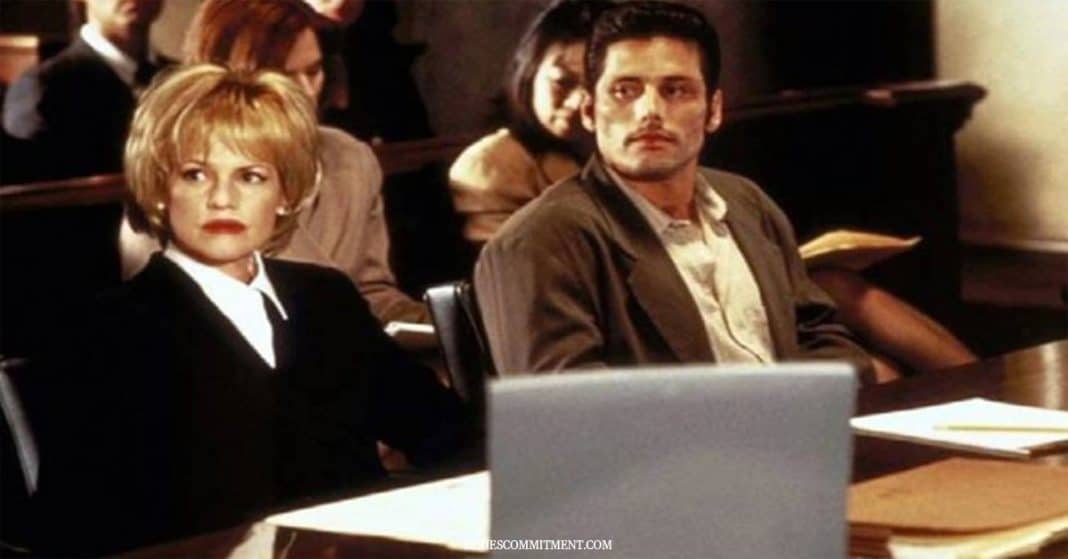 In the modern world that revolves around copyrights, patents, and trademarks, being a lawyer is one tough job, and it is an even tougher job to make a movie on one. Lawyers are superheroes of the new age; they fight, protect, and defend their pledged loyalty without fail, so they appeal to the masses. Every film is like a case in the courtroom, presenting itself and telling the story while unfolding the truth, finally reaching the verdict of conclusion. Now imagine the thrill while watching a film about lawyers, what a nerve-wracking experience it would be! It’s time to get your hopes up as we present our favorite movies from the world of lawyers and legalities.

Prepare to pick your brain after watching these carefully picked out best lawyer movies, chosen from over 59 years of legal cinema:

An almost retired lawyer takes on one of the most challenging cases involving an Army Lieutenant who murdered an innkeeper who had allegedly raped his wife. The story unfolds as new truths come to light.

This is an adaptation of the 2005 novel of the same name by Micheal Connely. Believing his client to be innocent, Lawyer Mick Haller defends a wealthy realtor’s son, charged with raping a prostitute, but soon Haller starts to think otherwise.

Based on Harper Lee’s Pulitzer Prize-winning novel of the same name, the movie revolves around a lawyer who sets out to defend an innocent black man charged with raping a white woman. This movie is one of the great lawyer movies ever to be made; it highlights the prevalence of racism and white superiority in America and urges the viewers to think deeply with empathy.

Starring Julia Roberts, this movie is an exceptional story of a single mother who finds a job as a meager legal assistant when she accidentally stumbles upon a case involving Pacific Gas and Electric, where she finds out about its well-planned cover-up of the poisoning the city’s water supply. In turn, she helps win the largest settlement ever paid for a direct-action lawsuit, $20 million.

It is available for purchase on YouTube, Prime Video, Amazon Prime, and Google Play Movies.

This is an exceptional film from the world of Indian cinema. The story revolves around the story of systematic injustice faced by a group of women after a politician’s kin molests them. They seek refuge in a retired lawyer’s legal abilities, Deepak, who helps them fight the case. It is one of the most insightful movies about lawyers and the impact they can have on society.

It is available on Hotstar, YouTube, and Google Play Movies.

A heart-wrenching story of a father who murders the guys involved in raping his 10-year old daughter and is put on trial soon after. He seeks the help of his lawyer friend, who fights his case. The movie is based on John Grisham’s 1989 novel of the same name.

It is available for purchase on Prime Video, Google Play Movies.

A novice in the lawyer profession, Vinny goes on to defend his cousin Billy and his friend after they are accused of murdering a convenience store owner.

It is available on Hulu, Prime Video, and YouTube.

This movie is deemed to be a very good lawyer movie that captures the essence of the courtroom. When a young Puerto-Rican is accused of knifing his father, 11 of the 12 jurors announce his guilt, until juror number 8 pushes them to see beyond their beliefs and think otherwise.

It is a beautifully made movie about the bond of father and son where the son, a lawyer, fights for his father’s side when he is accused of murder.

A legal thriller showcasing a young Irish man who is falsely believed to be associated with the IRA Bombings of 1974 is put behind bars along with his father. He spends the next 15 years trying to prove his innocence in front of the judge. The movie is amongst the best lawyer movies ever to be made.

Co-adapted from Agatha Christie’s tale of a man on trial for murder, this movie surprises the viewers with its story and keeps them invested in the tale of a man arrested for murdering a rich widow, and his wife agrees to be the witness.

It is available on Amazon Prime Video, Prime Video and Google Play Movies.

A thrilling series of events forces attorney Micheal Clayton to fix a legal problem faced by his New York-based legal firm. But now he faces an even challenging situation ahead of him.

It is available on HBO Go, HBO Now, and DirectTV.

One of the good lawyer movies out there, starring Tom Cruise, tells the story of a Military Lawyer who defends two US Marines charged with murdering a fellow Marine at the Guantanamo Bay Naval Base in Cuba.

The film showcases the unjust court-martial of three lieutenants who carried out a murder on their superior commanders’ orders.

It is available for purchase on Amazon Prime, Prime Video.

Based in medieval times, his movie features Thomas More, who supported King Henry VIII when the King rejected the Roman Catholic Church.

It is available on Netflix and Amazon Prime, Vudu.

These are some of the best lawyer movies out of a long list of movies. Hope you enjoy watching them!