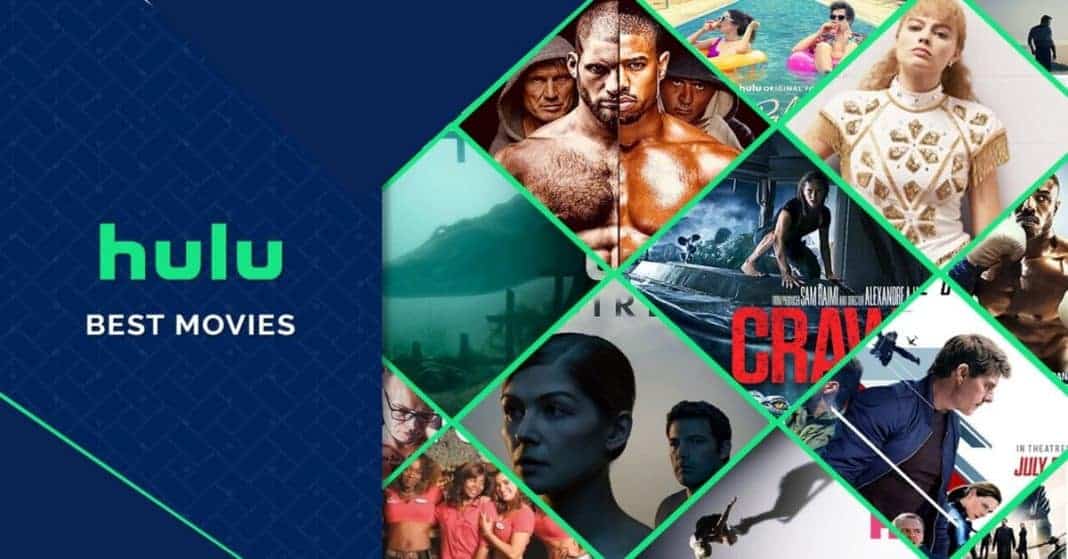 Coming home after a long day snuggling into your bed under the cozy blankets and turning on your smart TVs and phones to watch a movie that suits your mood, Hulu has got it all.

Even those iconic movies that have run out of your theatres are available to you at your comfort.

Hulu has a selective collection of the finest cinemas; they have carefully chosen their line and made sure that the audience gets the best experience at very reasonable rates also.

Here are the 15 best movies on Hulu right now.

This movie falls into the dark comedy genre. It follows the story of teens and creates an entirely dark and thrilling watch.

Heathers has challenged the usual sugar-coated high school drama movies and has successfully managed to portray the dark side of high school that everyone seemed to ignore conveniently.

At Westerberg High, the story is the same as usual, with jocks and popular girls. The plot builds when the popular kids get murdered, and the story goes around a case of suicide.

The movie is a true American classic that showcases the minds of troubled teenagers.

The Oscar-winning film is now available on Hulu from streaming. A pure and simple yet creative way of showing class differences.

The parasite is a thriller drama movie that grips the audience’s attention throughout. With twists and turns that you never suspected, the parasite is one of the must-watch movies on Hulu.

It tells the story of the lower-class family infiltrating the house of a rich family. The movie has an extremely strong script, and the cast has delivered a nail-bitingly strong performance.

The platform also has a good selection of movies for kids and children. This animated movie is one of the most enjoyed works with a fair share of comedy, drama, and a magical story.

This family-friendly movie is one of the best choices for a Friday movie night with your family. Sit down with a bowl of popcorn and enjoy the simpleton comedy that will light up any dull day.

Shrek is a story of an ogre that saves a princess. A bizarre yet intriguing story of a green ogre saving a kingdom.

For all those who enjoy R-rated comedy, Hulu brings you Deadpool. A favourite crowd movie that has an amazing balance of comedy and action. This is one of the best movies on Hulu right now.

Deadpool is the story of a Forces operative mercenary who was subject to experimentation that went wrong that left him with healing powers. This mercenary adopts an alter ego.

With the new abilities, Deadpool tries to track down the person responsible for this transformation. This is the perfect watch for all those who enjoy action and comedy, especially those who enjoy twisted and dark humor.

5. If Beale Street could talk

This critically acclaimed movie is one of the beautiful masterpieces of American cinema. A beautiful romance story said most uniquely is what makes this movie brilliant. With its three Oscar nominations, this movie cannot go unwatched.

When two lovers have been ripped apart because of a crime that one didn’t commit, the story deeply impacts the audience.

When the pregnant woman ventures out to prove her husband not guilty of a rape that he didn’t commit, you will find yourself immersed in the screens.

An adaptation of the best-selling novel, this movie is definitely worth your time.

This is a movie that you wouldn’t expect to find on a platform like Hulu. Apart from the regular Hollywood movies, Hulu offers its viewers few Japanese movies also.

Akira is a Japanese animation movie that mainly falls into the action genre. For all those who enjoy action movies and animation, in particular, this movie is a recommended watch.

This is one of the best Japanese animation works that has ever been produced. It narrates the story of a teenage boy gaining tremendous powers.

Harrison Ford Fans, here’s a movie that you didn’t expect your favorite actor to be doing.

Air Force One is an action thriller movie that stars Harrison Ford in a role that you’ve never seen him perform before. Political, Action, and thriller what else would you need?

This movie has done justice to the story that it wished to tell. The president of the USA finds himself hostage on his way back home; the movie Air force one has portrayed the story in the best way possible.

A popular franchise with a strong fan base. This movie is the sixth entry into the Mission Impossible Franchise.

The action movie has created death-defying stunts that leave the audience with their mouth wide open. The amazing stunt choreography and action scenes manage to keep the audience at the edge of their seats.

The movie makes you gasp in fear almost every time. All the action audiences will love this incredible movie. Mission: Impossible Fallout is now best movie available on Hulu.

Christopher McQuarrie has done an amazing job directing this movie. This movie is bound to give you an adrenaline rush like no other.

Nia Dacosta brings to you one of the best crime dramas of all time. A young woman starts selling drugs to help her sick mother in North Dacota.

After her mom’s death, her sister comes back and creates a whole new set of problems. Little woods is the story of the two sisters that find a way to save their childhood home.

With problems all over the place of messed-up family life, this movie is a gritty watch.

10. We need to talk about Kevin

A serial killer movie is a very common plot. It is bound to make you gripped to your seat, but this movie does so much more.

We need to talk about Kevin as different because it is a story of how a troubled chilled finds murder as his escape. It makes you almost want to empathize with the antagonist of the movie.

You constantly find yourself rooting for different sides of the same story. It also spreads the message of how even villains have a story that made them what they are. It is a painful yet exciting movie to watch.

Whoever thought of making an art movie with science fiction, this movie is purely a creative masterpiece.

Merging genres that never go together and making it work wonderfully is commendable. The strained relationship between two sisters and the new reality of a planet that is said to collide into the earth.

This movie has a bizarre plot that you didn’t see coming. It has won several accolades and is definitely worth a watch. Science fiction lovers will find this movie to climb into their favourites lists.

A muted thriller is a rare finding. This Ben Affleck movie is an adaptation of the best-selling novel.

A tormented husband whose wife goes missing and a police investigation that suspects him creates a unique plot altogether. With media in the game, this movie makes an interesting watch.

With no sound, this movie keeps your senses hooked. Gone girl showcases the performances of two brilliant actors. This movie has one of the unique ways of storytelling that inspires creators and filmmakers all over the world.

A coming of age movie about two high schoolers and their friendship is what the movie revolves around. Olivia Wilde made her directorial debut with this movie and managed to deliver a successful one.

A story of wild mishaps between two friends, this story is going to make your heart bounce. Fun, adventures and heartwarming this movie has it all. It creates such a beautiful story from extremely simple characters.

This movie should go into your to be watched lists.

The sequel to the acclaimed series Creed has come back with another set of enthralling performances. With a whole lot of action and drama, this movie is an entertainer.

With The most athletic bodies and super fit cast, this movie has become a crowd favourite. Michael B. Jordan returns as the son of iconic boxer Apollo Creed. Now he gets the chance to avenge his dad’s death. Revenge and action are bound to go hand in hand.

For all those who love action movies, this movie will make you jump in your seats.

A fantasy movie never fails to entertain, no matter how many times the same plot repeats. The audience knows the trope, but these movies always entertain.

The quest for true love, a plot you’ve seen over a million times. This movie still captures the audience. With its twists and turns, The princess bride yet again proves the audience’s love for such tropes.

Watch the Princess Bride on Hulu, and fall back into the adventure of finding true love.

Catch all these best movies on Hulu.