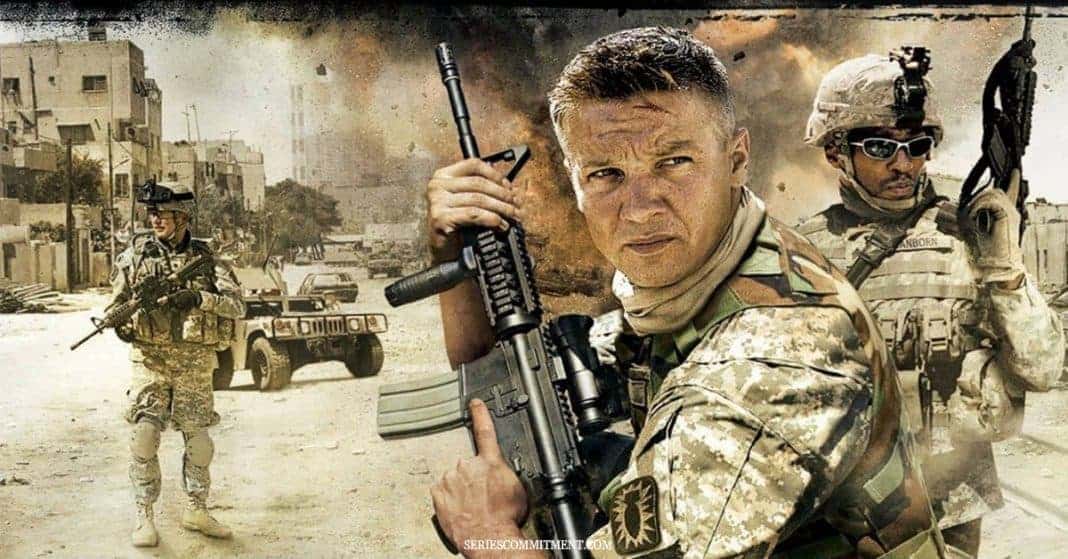 The world of cinema is filled with war films from sword fights, world war stories, men on a mission, and epics. Some depict real-life battles and their victories and defeats.

Others are fictional stories depicting the humane aspects of war, the sacrifices made, the loss of lives, and the horrors of war. They have mostly been crafted with cinematic brilliance and emotional story-telling. Not all tales revolve around world wars. The ones with sword fights are the fan favourites. Viewers always appreciate a crafty gruelling duel.

There have been various war movies based on different geopolitical regions. We bring forward to you the best war movies available for viewing from your home. Even though war movies always give a bitter truth experience, it is highly viewed for spontaneous action, exciting plot, and exciting pace.

See Also: Best Viking Movies Of All Time [You need to watch]

Here are 15 shortlisted best war movies for you from the many.

This classic movie, set in the backdrop of a German camp in World War I, is historically huge as it was created between two world wars. The somber defeat of Germans enhanced the disillusionment with the war.

War camps as a peculiar collective space have been depicted in this nuanced way never before (or after). The young ones who joined the army with blood-boiling national spirits returned home and never fit in again. This will be available for viewing on Prime video and rent or for buying in iTunes.

The next on the list is a story of revolution, deeply rooted in its anguish and hopes. A troop of 300 Spartans, ably led by the King of Sparta, Leonidas, took on an advancing surge of the Persian Empire.

This remains one of the best war movies of all time. It is loosely based on Thermopylae’s battle in 480 BC, which led to a united Greece taking on the Persian Empire for good—presently streaming on Netflix.

As we began the list with the unfortunate loss of Germany in the first world war, the list is now declaring of its horrible retaliation of the 1930s that accelerated the second one.

The almost entire world was divided again into opposing camps in less than two decades. Closing in on the end of World War II, a US army tank named “fury” and its five crew members take on a deadly mission against Nazi Germany. This historical war drama is currently streaming on Netflix.

Somalia is an East African country situated in the horn of Africa. A team consisting of hundred US rangers ventures to incarcerate two lieutenants of Somalia underworld under the leadership of Captain Mike Steele.

In the capital city of Mogadishu, which is a coastal city, the team undergoes a breathtaking journey both outwardly and by the measures of a terrible psychological turmoil on the edge of death. This is available for watching on Amazon Prime.

The movie ranks under top war movies among fans. Because this mythical representation adapts an age-old story of heroism straight from the epic tales of Iliad and Odyssey by Homer. Homer, a literary legend, is assumed to be multiple people throughout the ages writing under the name ‘Homer.’ This prolonged culmination of the plot has thus proved itself timeless.

This 2004 film adaptation by Wolfgang Peterson does the traditional justice. Agamemnon, Helen and, Paris are seen inside a love triangle, and war is triggered when Paris, Prince of Troy, has an affair with Helen, Queen of Sparta, and elopes with her. It is streaming on Netflix.

Hailing now is a cult classic war movie. A British officer by the name of Lawrence assists the Arab tribes in their revolt against the Ottoman Empire during the first world war.

As the movie engages the audience, he is assigned the task of profiling Faisal, who turns out to be a useful ally in his plans. This is currently available on Google Play Store.

This is a decade-long hunt for Al-Qaeda leader Osama bin Laden by CIA operatives led by analyst Maya. Finally, she organizes the mission to pin him down to his exact location and informs the Navy SEALS. Then, the commandos take the front stage and do the rest.

This movie is set after the notorious 9/11 attack on the World Trade Centre that amounted to around 3000 deaths on a sad day. This shook the national conscience and paralyzed the world. After the trauma subsided, America was raging and launched this mission that this film portrays. It is available on a Netflix subscription.

The movie falls under the list of best war movies among fans. A Japanese Letters from Iwo Jima is a war movie directed by Clint Eastwood and is esteemed to be one of his bests. This take is the Japanese perspective on the battle of Iwo Jima that the United States and Imperial Japan fought during the Second World War.

This is remarkable because it adopts the so-called enemy’s perspective and gives voice to their desperation. Historically speaking, this event might have resisted some more heinous acts, but the damage that was done was done. It is available on Prime Views and Google Play Store.

Ruthless command under Hartman during the Vietnam War leaves the US This one from the list is a signature production of Stanley Kubrick, the renowned filmmaker. It envelops the story in a dark shroud and presents war to the audience in its disturbing colours and undertones.

During the Vietnam War, new troops were trained in the primary tactics and sent to war as it required quick soldiers. They lacked experience and even proper training. Hartman brutally drives these US Marine recruits who lose their sanity soon. It is now streaming on Netflix.

Here we have another work by Clint Eastwood demanding attention. And this is again a movie that has been affected by the genocide that took place in the September attacks.

In 1998, Chris Kyle decided to enlist in the Navy SEALs and was sent to Iraq after 2001. He emerged as the most lethal sniper in US history. After Iraq, his marital life and personal life, in general, were disrupted due to the trauma. Among the modern war movies presently streaming on Amazon Prime, this is a must-watch.

Normandy’s invasion of World War II is the place and time the story starts. Captain John Miller is assigned the task of searching a certain Private James Ryan, whose three brothers have been the casualty of war. It has a glowing star cast and excellent performances. It is now streaming on Amazon Prime.

This story revolves around training a bomb disposal squad for Iraq War. Sergeant William James is the trainer whose recklessness troubles his subordinates. It is available on Amazon Prime.

One German submarine patrols the Atlantic during WWII, and its crews frantically search an escape and survive when allied submarines eye them. Before that, a flat story is told where keeping up morale seems like some far-fetched idea. It stays one of the best war movies of all time and is presently streaming on Jio and Prime Video.

A movie by Christopher Nolan can always be trusted. This is a story of a miraculous evacuation by allied soldiers under the nose of the German army. Dunkirk is a city in northern France chosen by the French, British, and Belgian forces to evacuate and turn into a battleground. It is now streaming on Amazon Prime.

They had to locate high-level Taliban operative Ahmad Shah in the Hindu Kush region. Incidentally, they become prime targets of the enemy base. This fight to the finish is available on Netflix and Prime Video.

A war has immense cultural, socio-political repercussions in the lives of people who have been to war or for those who have not. It is such times in history that cannot be treated with indifference by anybody.

These adaptations shed light on various aspects of war and educate people also outside the pages of history books. Go on and enjoy these masterpieces and learn more about unknown geopolitical situations around the world.