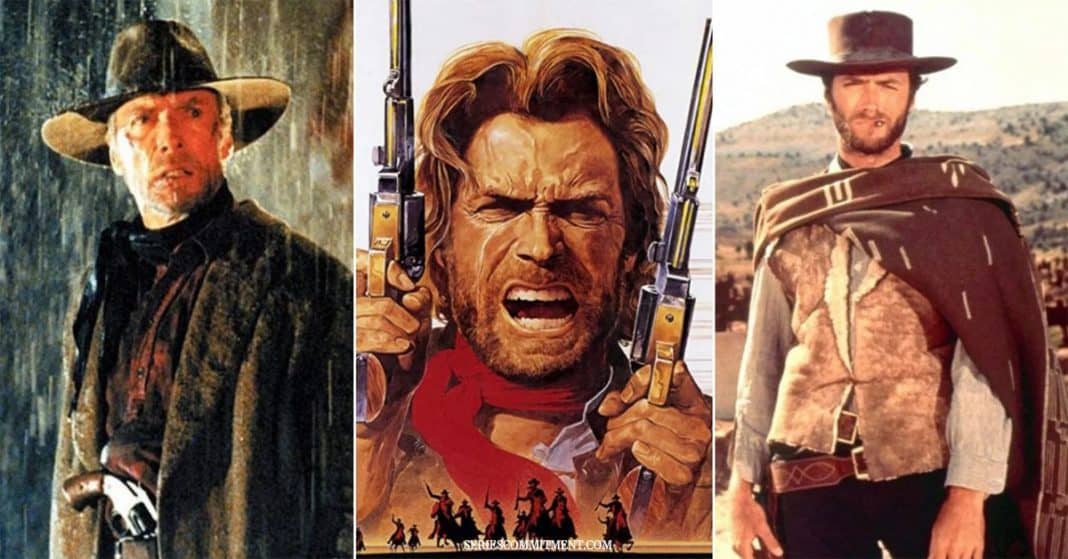 One shouldn’t miss westerns on Netflix that are exclusively brilliant. Western is a classic American cinematic genre that made Hollywood a global enterprise and a financially productive industry. It is the western genre where the pleasure of the quintessential American cinema lied invoking the nostalgia of the agrarian past. The typical characteristic includes the obsession with the cowboy figure of both the hero and the villain who gets involved in a gripping duel in a western frontier. There is a fascinating use of guns and power-packed action. The vast landscape, grandeur, and challenging the established conventions of society, law, and order became the popular trope of westerns. These are movies concerning hypermasculinity and activity and so obviously, hardly any women characters. The feud is over-stylized, melodramatic, and involves exaggerated expression.

Here is the top 15 best Westerns on Netflix.

Directed by Quentin Tarantino, this movie explores the story of a black slave with a heightened sense of historical sensibility at once startling and stimulating. It is a gripping narrative packed with vigorous action and a parody spirit in the style of Spaghetti westerns. The garrulous film is a long extraordinary journey about the savagery of slavery, vengeance, and violence that has the potential to keep the audience alive and enjoying.

A masterpiece by Sergio Leone, this movie is famous for its epic trio face-off scene where the bandits confront each other positioned in a triangular arrangement regarded as a master shot in the history of cinema. It is both commercially successful and critically acclaimed as it leaves a legacy that has inspired the western cinema and popular culture. Undoubtedly, one of the best westerns on Netflix.

This is the journey of four sharpshooting and quasi stereotypical heroes who save the day by battling against the common enemy. It is a classic tale of justified revenge, friendship, and loyalty featuring the wild west.

It presents a singing gunslinger who showcases intense brutality and human cruelty by committing a pile of murders. The movie is dark, irresistible, and adventurous, combined with humor and plot twists.

The protagonist Will Kane portrayed by Gary Cooper, marries and prepares to start life afresh when he learns that Frank Miller, whom he sent to jail, is out to exact revenge upon him. Among the western movies on netflix, this one is a cult with great performances and storyline.

A black and white early western celebrated for its stylized depiction of brute masculinity, merciless rough and tough attitude and driven by action, problematizing the kind attitude of a junior cowboy in the gang whose hesitations and doubts are not hidden in a world which is driven by mission and gain.

The extraordinary story of forbidden love and romance between two cowboys creating a subversion of the classic western genre through thematic and narrative changes. The movie is driven by violent masculinity, romantic interest, an evocation of the western landscape.

Starring Leonardo de Caprio and Tom Hardy, this is one of the best western movies on Netflix. It captures the intense and challenging experiences of Hugh Glass, abandoned and left to die by the members of his crew whom he guided in adversity. The whimsical iconography and captivating cinematography make it a must-watch.

As the name suggests this modern-day western features, two men who together escort three women and help them get back east are driven to a mental breakdown by the frontier. This movie is both insightful and inspiring.

A thrilling adventure of two brothers involved in bank robberies and pursued by two Texas Rangers is a classic example of confrontation of the figure of law and un-law. This netflix western keeps the audience interested through the idea of the chase, heist, and suspense.

Remarkable action scenes combined with phenomenal acting, makes this western a worth watch. A conquest of young love followed by an exciting ride and unexpected twists with a well-written climax.

Another chef d’ oeuvre, directed by Sergio Leone, is one of the best Spaghetti westerns. It is an epic revenge story with extraordinary music and visual perfection and stands out for its landscape photography and cinematography.

This thriller by Quentin Tarantino revolves around a hunter John Ruth and his captured fugitive Daisy Doumergue, who find themselves caught in a snowstorm. Later, they seek refuge in a lodge where they encounter a turn of events followed by violence, exuberant dialogues, and shady strangers—one of the finest among the Netflix western movies.

It is a fantasy action film where a warrior runs away with a baby girl who belongs to the enemy clansmen he is supposed to kill. An exciting, entertaining and adventurous story of the warrior saving himself, the baby, and his friends from his clansmen.

This movie is an exceptional tale of romance, adventure, emotional sensitivity, suspense, and drama. It features the legendary US Army captain Joseph Blocker who escorts the dying Cheyenne war chief, who is an old enemy and his family back to their tribal land. One of the engaging, endearing, and hopeful movies.

Have a good time with these classic westerns streaming on Netflix, which gives you a fantastic experience. Go watch now!