by Pacino
in Movies
0

The Marvel and DC worlds’ cinematic realms are ready to delight us with a fresh new slate of forthcoming superhero flicks this year. These include Doctor Strange In The Multiverse Of Madness, The Batman, Samaritan, Morbius, Thor: Love And Thunder, Secret Headquarters, Black Panther: Wakanda Forever, Black Adam, Spider-Man: Across The Spider-Verse (Part One), and The Flash.

Several of these film adventures will see lesser-known characters make their big-screen debuts, while others will see the long-awaited return of heroes we’ve grown to love from the last series installments.

The most thrilling aspect of these brand-new superhero movies is how they’ll build up even more significant events inside the enormous universes they inhabit. Thanks to the excellent clips of each of these films that have been released so far, our excitement levels have definitely skyrocketed. And we’re confident you’re all in the same boat.

Check out the top 5 Forthcoming Superhero movies in 2022.

1. Doctor Strange In The Multiverse Of Madness – May 6th

The forthcoming American superhero film Doctor Strange in the Multiverse of Madness is based on the Marvel Comics character Doctor Strange. It is supposed to be the sequel to Doctor Strange (2016) and the 28th film in the Marvel Cinematic Universe, produced by Marvel Studios and distributed by Walt Disney Studios Motion Pictures (MCU). Benedict Cumberbatch stars opposite Elizabeth Olsen, Chiwetel Ejiofor, Benedict Wong, Xochitl Gomez, Michael Stuhlbarg, and Rachel McAdams in the film directed by Sam Raimi and written by Michael Waldron.

With the release of the Doctor Strange In The Multiverse Of Madness teaser at the end of Spider-Man: No Way Home, anticipation for the Doctor Strange sequel has never been higher. There are still many things fans don’t know about the next film. Still, the Multiverse of Madness trailer reveals a lot, including Mordo’s reappearance, Wong’s leveling up, and Strange having a doppelganger.

In the film, Strange and his pals go into the universe to battle a frightening new foe. Fans are particularly eager since it continues the MCU’s track record of success with team-up films. Wanda will also collaborate with Strange in the sequel.

The Batman is a superhero film based on the DC Comics character Batman that was released in 2022. It is a reboot of the Batman film franchise, produced by DC Films, 6th & Idaho, and Dylan Clark Productions and released by Warner Bros. Pictures. Matt Reeves directed the movie and co-wrote with Peter Craig. Along with Zoë Kravitz, Paul Dano, Jeffrey Wright, John Turturro, Peter Sarsgaard, Andy Serkis, and Colin Farrell, it stars Robert Pattinson as Bruce Wayne / Batman.

The film follows Batman as he uncovers corruption in Gotham City while hunting the Riddler (Dano), a serial killer who preys on the city’s wealthy people. If you want to know more about the Riddler, take a look at this infographic on Batman’s villains to find out more about their secret identity.

Even with two complete trailers, The Batman’s narrative is as enigmatic as the Riddler’s riddles. The trailers’ lack of information adds to the film’s intrigue. Along with entirely new enemy representations, Robert Pattinson’s rendition of Bruce Wayne may be the greatest yet. When the Riddler, a vicious serial murderer, begins assassinating prominent political people in Gotham, Batman is compelled to look into the city’s secret corruption and question his family’s involvement.

This expedition of Gotham City’s caped-masked crusader makes him so gloomy and brooding that Pattinson’s other bat avatar, the eternally heartbroken vampire of Twilight, was excellent training for him. It’s already out in the cinemas, you may go and enjoy it!

Thor: Love and Thunder is a forthcoming American superhero film based on the Marvel Comics character Thor, produced by Marvel Studios and distributed by Walt Disney Studios Motion Pictures. It will be the 29th film in the Marvel Cinematic Universe and the sequel to Thor: Ragnarok.

The movie will be released on July 8th, 2022. (USA). Taika Waititi is the director. Waititi and Jennifer Kaytin Robinson collaborated on the screenplay. Michael Giacchino and Mark Mothersbaugh are the music directors for this film.

Thor: Ragnarok was a brilliant and technicolour grand space opera rather than randomly jumping between Earth and Asgard. It appears like Waititi will keep on thinking beyond the box with Love and Thunder. Love and Thunder has a slew of returning performers, as well as some intriguing new characters. Christian Bale has left DC to play Gorr The God Butcher, the main antagonist in this 2022 MCU film.

With the release of Mighty Thor in the MCU, Waititi has stated that the film is inspired by Jason Aaron and Russell Dauterman’s Marvel Comics book The Mighty Thor.

We don’t have a lot of information on the film yet. Nonetheless, we expect it to address the events after Avengers: Endgame, which ended with Thor leaving Valkyrie in control of New Asgard. We do know that the film will be inspired by Marvel writer Jason Aaron’s comics and that Jane Foster will play a key part.

“That tale is wonderful,” he said, “it’s full of passion, love, and thunder, and it presents a female Thor for the first time.”Jane’s cancer narrative from the comics will be included in the film, according to Portman. “She’s undergoing cancer treatment while still being a superhero,” she stated. Waititi has only hinted at a romance, most likely a rekindled romance between Thor and Jane. The movie would also plunge into the origins of Korg, a fan favourite.

Aside from that, Thompson indicated that Valkyrie would be rebuilding Asgard and “re-investing in her people,” while Hemsworth seems clueless about what Thor has been doing since joining the Guardians: “He could be on the sofa at this time.”

The forthcoming American superhero film Black Panther: Wakanda Forever is based on the Marvel Comics character Black Panther. It is the sequel to Black Panther (2018) and the 30th film in the Marvel Cinematic Universe, produced by Marvel Studios and distributed by Walt Disney Studios Motion Pictures (MCU).

After the release of Black Panther in February 2018, fans began to speculate about a sequel. Coogler agreed to return as director in the following months, and Marvel Studios announced the sequel’s production in mid-2019. When Chadwick Boseman, who played T’Challa in the Marvel superhero film Black Panther, died of colon cancer in August 2020, Marvel decided not to recast his character.

By November of that year, more key cast members from the first film had been confirmed, and the title had been revealed in May of 2021. Production began in late June 2021 in Atlanta and Brunswick, Georgia, and the surrounding areas of Massachusetts. It continued until early November when it was put on hold.

By the middle of January 2022, filming had resumed. The film might be as massive as the original 2018 feature because the filmmaker is so familiar with the character’s setting and is spearheading a Wakanda Disney+ series.

5. Spider-Man: Across The Spider-Verse (Part One)- October 7th

Spider-Man: Across the Spider-Verse (Part One) is a forthcoming American computer-animated superhero film starring Miles Morales / Spider-Man, produced by Columbia Pictures and Sony Pictures Animation in collaboration with Marvel and released by Sony Pictures Releasing.

It’s the first instalment in a two-part sequel to Spider-Man: Into the Spider-Verse (2018), and it takes place in the “Spider-Verse,” a shared multiverse of alternate universes. Joaquim Dos Santos, Kemp Powers, and Justin K. Thompson directed the picture based on a screenplay by Phil Lord, Christopher Miller, and David Callaham. Oscar Isaac, Hailee Steinfeld, Jake Johnson, and Issa Rae co-star opposite Shameik Moore as Morales.

Prior to the release of Into the Spider-Verse in 2018, Sony began producing Across the Spider-Verse with the same writing and directorial team. It was supposed to be about Morales and Steinfeld’s Gwen Stacy / Spider-Woman. The film was announced in November 2019, with animation production starting in June 2020 and the title being unveiled in December 2021.

Due to the COVID-19 pandemic, Spider-Man: Across the Spider-Verse (Part One) has been pushed back from its original April 2022 release date to October 7th, 2022, in the United States. Part Two will be released in 2023, and a female-focused spin-off is also in the works. Miles Morales / Spider-Man embarks on a multiverse journey with Gwen Stacy / Spider-Woman and a new Spider-People squad to confront a dangerous enemy.

As if viewers in 2021 didn’t already have enough Spider-Man. Even in the middle of a worldwide epidemic, No Way Home achieved the second highest-grossing opening weekend of all time. For most Spider-Man fans, though, it isn’t enough.

The sequel will be released in 2022, following Spider-Man: Into The Spider-Verse, which is perhaps will be the finest superhero movies in 2022. As innovative as the animation in the previous film was, the animation in Across The Spider-Verse appears to be much more so. What’s more, the “Part One” in the title suggests that a second sequel will be released sooner rather than later.

This new generation of crime-fighters will include everything from anti-heroes to animated heroes to several variations of the same hero. Above, we’ve compiled a comprehensive list of 5 top superhero movies in 2022 which is set to be released. Update your calendars in order not to forget the dates. Happy Watching! 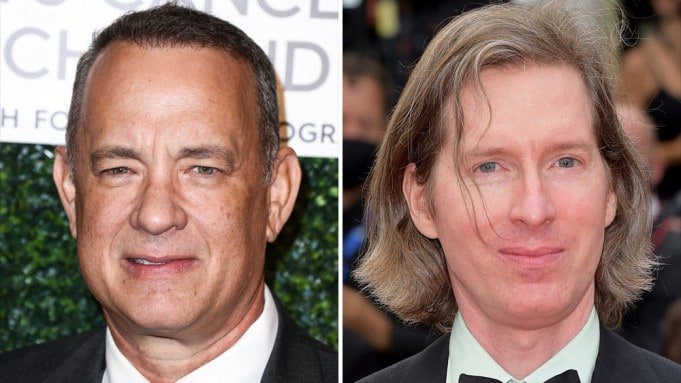 According to the Hollywood Reporter, Hanks has agreed to star opposite Bill Murray, Tilda Swinton, and Adrien Brody in Anderson's... 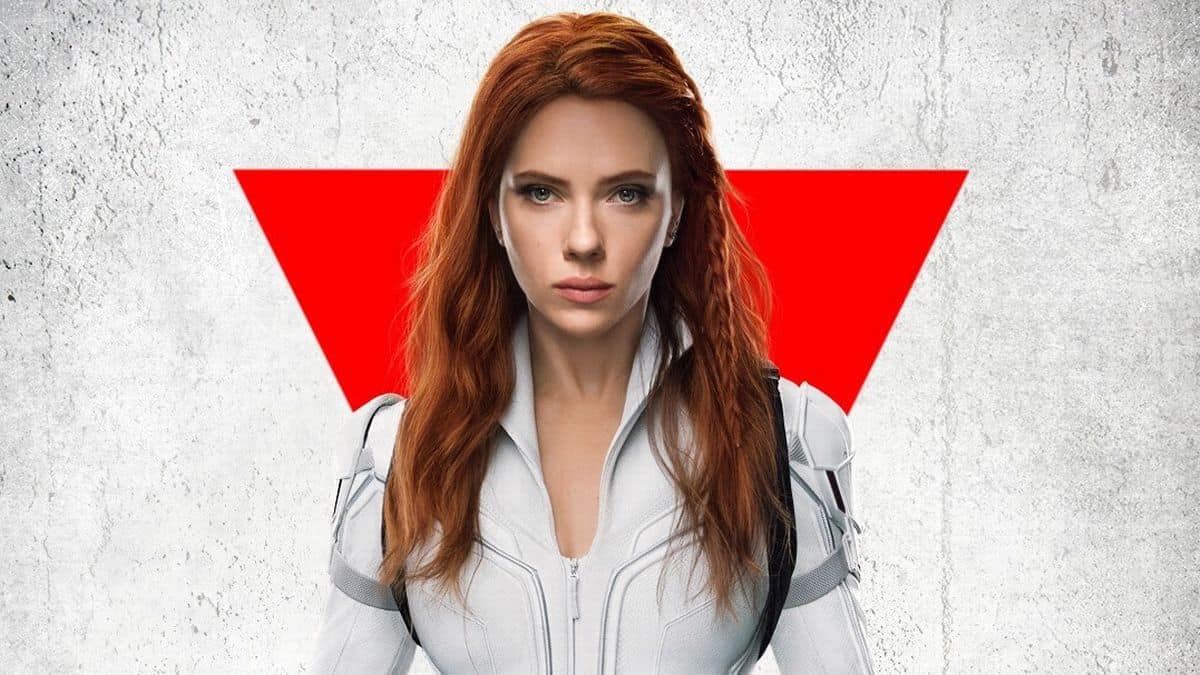 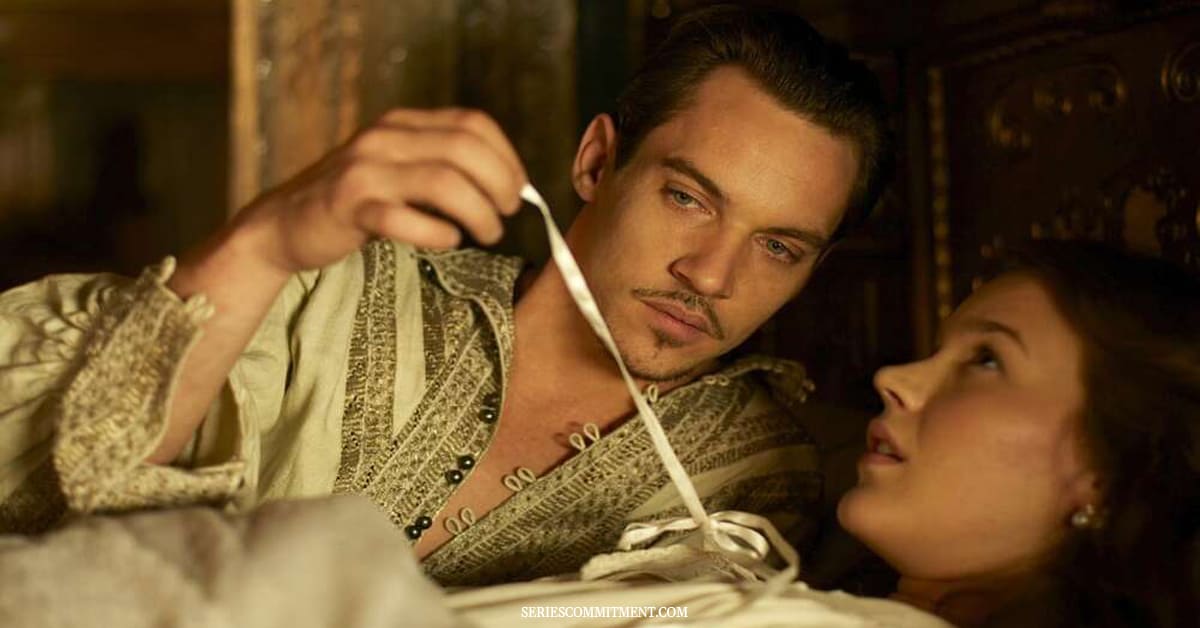