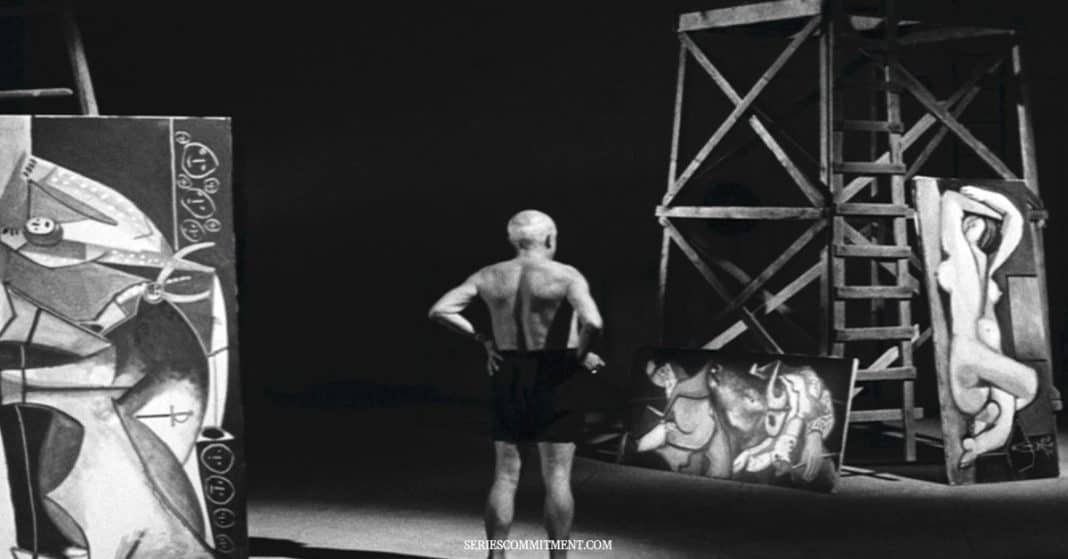 The world has seen an innumerable number of artists in the world. But seldom do we know about the struggles that they go or went through to stand themselves in such legendary positions. But movies about artists based on their art and life are a delight to movie watchers. These stories are interesting and encouraging and very informative about the consequences that could lead to both success and downfall. Such stories indicate that not everyone is perfect and that perseverance matters in the long run always. There is a famous saying that beauty lies in the eyes of the beholder. It takes an appreciative mind to acknowledge true beauty and research your way through to understand characters and turn them into another piece of art in the form of movies. So here is an exciting list of the best art movies of all time:

An animation movie that tells the remarkable story of vincent Van Gogh in his heydays. Every frame of the film is an oil-painting hand-painted by several artists across the world. The protagonist, Armand Roulin, is the son of Vincent Van Goghs admirer and friend. On his father’s request, he finds more about the mysterious death of the remarkable man. Presently streaming on Netflix, Prime Video.

This movie stars Natalie Portman and Mila Kunis, among others. The plot revolves around securing a White Swan Princess Odette’s role for a ballet dance between two young ballerinas. And the madness that the titular character Nina creeps into. Great performances from all the actors, especially Natalie Portman, make this one of the best movies about art. Currently streaming on Netflix, Prime Video.

If you happen to be a music lover or not. The pace, the plot, and the music will surely catch your attention and stay in your head for quite some time. An inspiring movie that depicts an unconventional mentor who happens to push an aspiring drummer beyond boundaries. Presently streaming on Amazon Prime, Prime Video.

This is an award-winning academy movie for best picture and a few other categories as well. A young Shakespeare is forced to stage an unfinished comedy. While auditioning, he meets a noblewoman and slowly falls in love with her as their relationship grows. The comedy plays molds slowly into a tragedy. This movie stands high in the list of movies about art and is now streaming on Amazon Prime, Prime Video.

Another movie with academy award accolades in different categories. This movie depicts the formation of the famous rock n roll band, Queen, and their road to superstardom. It takes a more in-depth look at the life of the band’s lead singer Freddie Mercury. He is faced with both success and struggles with his sexuality. Now streaming on Prime Video.

Seldom does a movie keep you glued to the screens from the first reel to last? This Martin Scorcese movie filled with a star-studded cast does that. Hugo, a young orphan, is befriended by Isabelle, whose grandfather happens to be a forgotten director from old times. The only mission of Hugo is to fix the automaton given to him by his father. One of the best movies about art is now streaming on Prime Video.

A musical for the ages. Strong performances from Ryan Gosling and Emma stone makes this movie a delight for movie-buffs. They play an actress and a jazz musician looking to be successful in their respective fields. Their love affair starts ripping apart as success mounts over their careers. Now streaming on Prime Video.

A true story in the life of Wladyslaw Szpilman. During world war two and the emergence of nazi occupation, this polish pianist gets separated from his family. He finds help through some of his non-jew friends. But not for long, and he finally has to hide in the ruins of Warsaw. One of the best art movies is available on Vudu and Prime Video.

Not the general Woody Allen movie. The movie is about a funny and charming romantic comedy involving a family that has arrived in Paris for business. After every stroll in the park with his wife, Gil comes across ghosts of the city’s famous dead. Available on Prime Video and Vudu.

An epic tale about the rivalry of two of the greatest music composers of Wolfgang Amadeus Mozart and Antonio Salieri. A happy go lucky and extremely talented Mozart is envied by a religious, obedient, and mediocre Salieri compared to Mozart. So Salieri plots a devious scheme to bring his nemesis down. One of the greatest movies about art is available on Prime Video, Vudu, and Amazon Prime.

In the late 1950s and 60s, an artist named Walter Keane has claimed immense success and recognition by drawing portraits of big-eyed walls. But the hidden fact is the real painter of the works is his wife, Margaret. Only after their divorce does she file a case against him over the legitimacy of the portraits. Now streaming on Tubi and Prime Video.

From his childhood years, the success story of Elton John is a prodigy at the royal academy of music to an influential and mesmerizing musical partnership with Bernie Taupin. On meeting John Reid, a music manager, his life changes for both good and bad. One of the best movies about artists is now streaming on Amazon Prime and Prime Video.

A delight for people of all ages. The movie revolves around an imaginative and innovative P T Barnum, who never fails to amaze his audience. Now streaming on Hotstar and Prime Video.

A family of writers comes to terms with their love and family life by breaking all the complexities and turning into a happy family. Performances from an awesome cast of actors make this an entertaining watch. Now streaming on Hotstar and Prime Video.

The movie follows a struggling young writer who attains literary success after publishing a great American novel. But the catch is he is not its original writer, and soon he has to face the repercussions. Now streaming on Netflix and Prime Video.

I hope you enjoy the list of the best movies about art and have a great time watching.