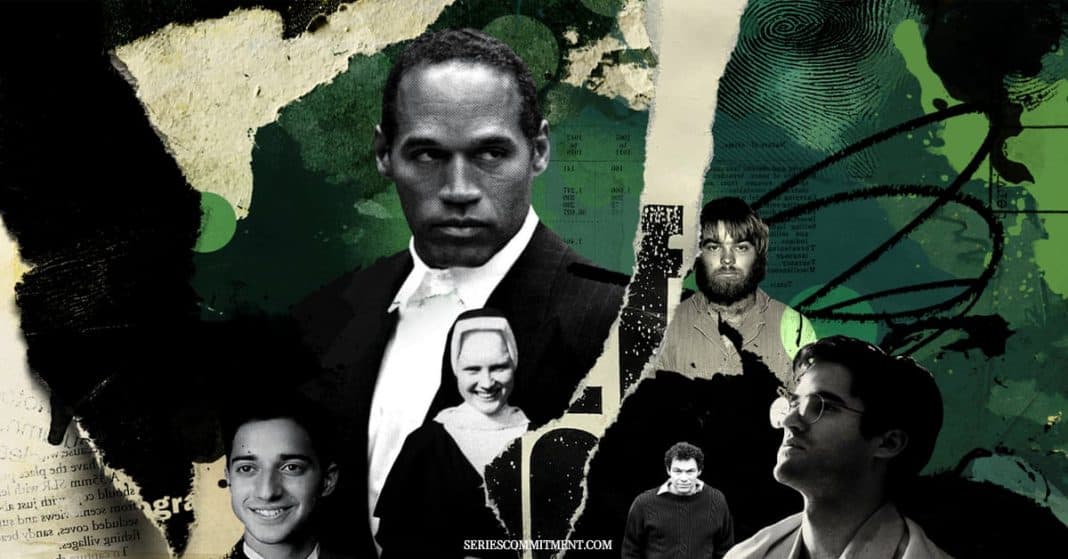 Delving deep into the damaged psyche of a criminal to the rise of drug cartel kingpins, Crime TV Shows serves us the thrill of the unpredictable human nature on a hot platter. Crime drama chronicles charm us with their utter magic and suspenseful plot twists when least expected. The love for encounters of dangerous criminals with law enforcement agencies is undeniably fathomless.

Controlled tones, tension, and splendor of crime tv shows compel the audience to embrace this genre beyond imagination. Some of the best crime tv shows toes the line of mystery and thriller genres to a great extent. Engaging content and pulsating action sequences lead to an overall output of crime tv shows as an exhilarating and satisfying experience.

A compelling television’s essential drama, The Sopranos deserves to top the charts for best crime tv shows for years to come. Revolves around Tony Soprano, an Italian-American mafia head who struggles to balance a criminal life, other affairs, and his family.

A potential show capable of dethroning The Sopranos is Breaking Bad. Extraordinary character development, thematic plot twists, and savage iconic moments chase for the gold in this list of crime drama tv shows.

A gripping crime drama of solving the hidden links between drug cartels and law enforcement authorities. A realistic portrayal of how the political system works in the modern world.

Revolves around a man with homicidal tendencies and dual life. The lead is a forensic technician for law enforcement during the day while he murders perpetrators in his free time. A must watch for crime-drama lovers!

This show infiltrates through aggressive crime organizations through the eyes of the right-hand man of a Don with a background setup in Italian suburbs. The grueling storyline makes this one of the best crime shows.

This brings to you a man in his early 30s, who is struggling to manage his life between becoming a new father, and his involvement in an infamous motorcycling gang.

One of the most critically acclaimed shows of all time, True Detective, is one of the best crime tv shows. Law enforcement agencies across the USA are forced to face dark secrets about their personal lives and the people around them during ongoing homicide investigations.

An extraordinary re-creation of Sherlock Holmes and Dr. Watson. Compelling chemistry between an eccentric individual and a former army doctor and their encounters with unusual criminal investigations makes it worth watching! Truly counts amongst the best crime tv shows in television history.

A criminal defense lawyer and professor teach a batch of law students. Soon an unprecedented twist in the plot makes all of their lives miserable when they encounter a gruesome murder.

This series is undoubtedly one of the best crime tv shows ever made. It concentrates on the tonality and tension amongst corrupt authorities, honest police, and personal political ambitions.

Undercover agents infiltrate a gigantic drug operation. This gripping tale unfolds along the agents being posted as a couple at the very vulnerable campground. Real events inspire this show.

Based on a havoc-full town of Neptune, Calif, the leader who is now no more a popular high schooler, helps her private investigator father in uncovering truths about the rich and famous in town.

A mystery-crime drama with the right amount of thrill, exhilarating twists, and family dynamics come into play. A detective deals with the murder of an Asian girl whose body is found packed in a suitcase. Naturally, one of the best crime tv shows ever made.

An anthology of true incidents and legal proceedings. A dramatization of the murder trial for sixteen months is a benchmark show in years to come.

So grab a bowl of cheese popcorn and chilled coke, and enjoy these few of the best crime shows ever made!