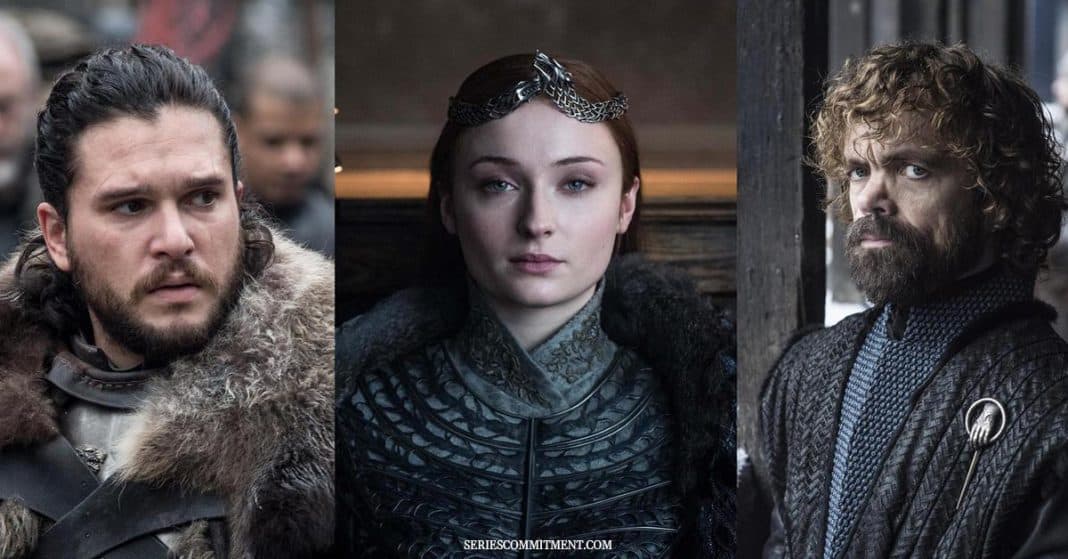 Every once in awhile, there comes a show that captivates our attention and keeps us hooked to the next episode for the entirety of the season to come. We keep waiting, hopes high, praying religiously to the almighty to turn the show’s events in our favor, but then the episode airs, and we’re taken by surprise and left wondering, again. One such show is Game of Thrones. The age-old legacies, the grand shoot locations, and the character development brings the viewer closer to the true essence of the show. Shows like GOT is a virtual escape for many to experience the world that existed before them and the endless possibilities that come with it. But as we all know it, the sky is the limit, and there are many more shows and series to watch which is why you should watch these shows like game of thrones that will intrigue your curiosity and keep you wanting for more.

Here is a list of 10 shows similar to game of thrones:

A British-Drama series, this show is set in the early 1900’s Birmingham, England. It steadily unfolds through the entirety of 5 seasons, the Shelby crime family’s journey that rose from rags to riches expanding their business throughout the country and abroad making their mark in the world. The brilliant narrative and captivating scenes of this series will keep blowing your mind, and you will find yourself wanting for more.

The title of the series speaks enough about itself. A legendary story of a mere farmer of the Viking clan, who rises up through the ranks to become the commander and the leader of the Vikings, is also a lesson in history and early warfare. Every episode is a new experience, and every episode brings with it something that fascinates every viewer. If you’re a die-hard Game of Thrones fan and need something of similar sorts to watch, now you know what to watch after game of thrones.

A knight’s vow was considered sacred and as pure as fire, but what happens when a knight has to break it? This is a tale of a knight who vowed to put down his sword, but as fate had already decided his future, he was forced to pick up one of the deadliest swords when violence comes his way, again.

It is available on TVGuide and Vudu.

Spanning over three seasons, this fiction series is based on one of the deadliest gladiators ever to be born in ancient times. He led the slave uprising against the Roman Republic. A figure of solid history with an intriguing story to tell, this is one of those shows similar to game of thrones.

It is available on Hulu, Netflix, and Amazon Prime, Prime Video.

Based on the early life of King Henry VIII and his almost 40-year long rule, this series shines a brighter light on his personal life. King Henry VIII was a firm believer of polygamy, and this show vividly describes the kind of relationships he had with his multiple wives and the members of his court. This is the kind of drama that you’ll love to watch.

It is available on Netflix, Showtime, and Prime Video.

Released back in 2019, this show is loved by millions around the world. The show is based on the story of a mutated monster hunter who tries to find his place in the world of humans and fails miserably when he finds out the truth about human behavior and how they can be even more sinful and evil than beasts.

Wondering what to watch after game of thrones? Look no more, and this show brings to you one of the best storylines and narratives. As Alfred the Great prepares to defend his kingdom, Uhtred, born a royal blood but raised by Vikings, seeks to take back what is rightfully his in this series of warfare, bloodshed, and strategies.

It is available on Netflix, Amazon Prime Video, and VUDU.

This show is based on a novel series of the same name by Diana Gabaldon. An exceptional and unique story about a combat nurse from 1945 is mysteriously swept back in time to 1743 in Scotland, where after meeting a handsome warrior from the highlands, she gets deeply involved in the Jacobite Risings. It is a historical fiction that has managed to steal the show, episode after episode.

It is available on Netflix and  Starz.

One of the shows like game of thrones is ‘Black Sails.’ It is written as a prequel to Robert Louis Stevenson’s 1883 novel, ‘Treasure Island.’ Based during the 18th century, this show is a classic tale of power and influence featuring a pirate, Captain Flint, and his tales of achieving land, money and royalties from across the world.

This one is for all those viewers who are looking for something thrilling, exciting, and nerve-wracking but don’t want to indulge themselves in violence and gore of any sort. This show revolves around the concept of fairy tales, princesses, and evil men. It is a story about a girl, the long lost daughter of the King, who now has to protect her own town and people from the evil queen. She is drawn to Maine, a magical place where all fairy tales come alive.

It is available on Netflix, Amazon Prime Video, and the Google Play Store.

These are some of the best shows like game of thrones out of a long list of television and web shows. Hope you enjoy watching them!