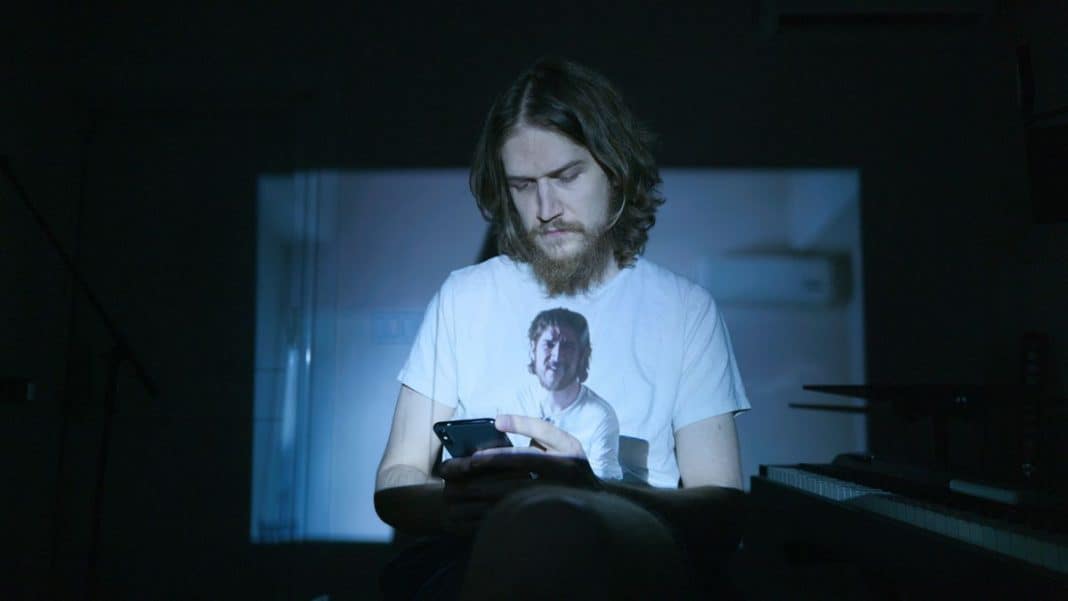 The creative brainchild of Bo Burnham, ‘Inside’ offered the true depiction of life for the musical stand-up comedian during the lockdown due to Covid-19. As Burnham could not meet other people or go out himself, all the roles of the movie have been played by him. The movie touches on various notes of the deteriorating mental health of Burnham, and he undertakes the activities to pass the time and his audience interaction.

The movie switches themes from depicting his activities to him addressing his audience, talking straight into the camera. This Netflix special stands out as the entire film is shot on one location, Burnham’s home in Los Angeles, by him. Being a musical stand-up, he performs various songs throughout the special that depict the highlights of Burnham’s lockdown. These musical performances acted as the highlights of the special itself and earned Burnham the top spot on the US Billboard Top Comedy Albums.

The narrative also follows his transformation, going from short to long hair and a beard to complement it. The special explores many dark tones, but one of the most beautiful observations that can be made in the special is the emotional character of Burnham. Burnham opens up about his history with panic attacks, resulting in him stepping down from his comedy career until his mental health was in balance.

The unique nature of the special and the creativity earned it critical acclaim and mass recognition, leading to Netflix US releasing the movie for its national audience just for one night. Here is everything to know about it.

When is the movie coming to theaters?

The Netflix comedy music special, “Bo Burnham: Inside,” was released on May 30th for Netflix users. The theatrical adaptation is releasing for just one night in select theaters on July 22nd, 2021.

What was the inspiration behind Inside?

Bo Burnham: Inside follows his previous special, “Make happy,” released in 2016, and was recording his stand-up tour, during which he experienced many panic attacks. The special ends in a room which is where ‘Inside’ is filmed.

Will the soundtrack be released as an album?

The soundtrack is original, written, and sung by Burnham and is part of the album “Inside (The songs).”

What is the runtime of the movie?

Inside offered a new concept in film-making and is one of the good things that came out of this pandemic.