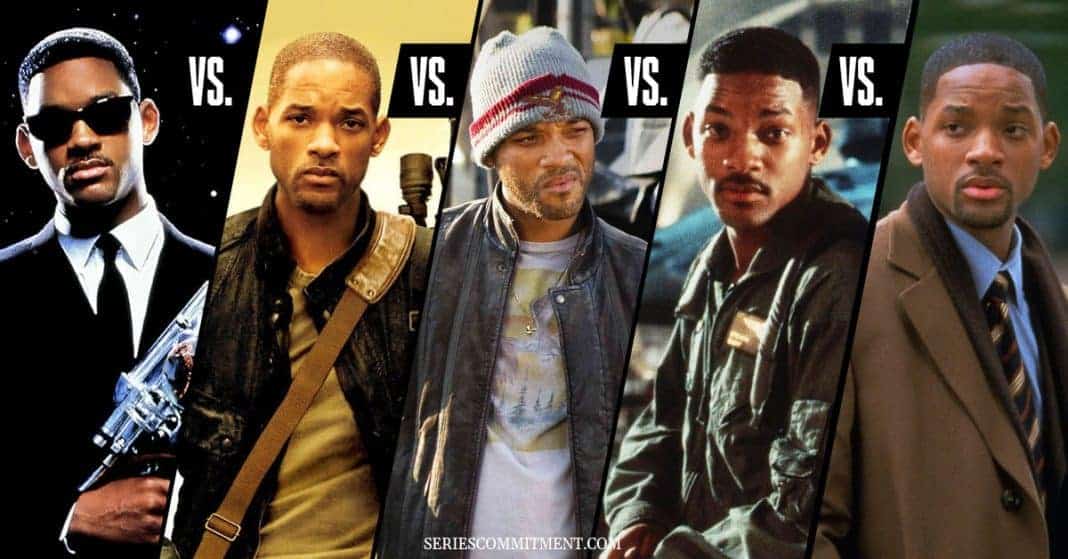 A bankable superstar, a nomad, an action hero, a ruler of hearts, Will Smith is the star ingredient of any blockbuster recipe! Through his three-decade career in Hollywood, Will Smith has truly shown no role, concept, and character that he cannot do justice to. With his knack for experimenting, his skill for taking on and embodying challenging roles, he has safely become a fan favorite! And this has made him unstoppable. His movies continue to survive as pop culture monuments; whether the praise is sincere or cynical, the man himself stands as one of Hollywood’s most revered stars. Widely known for his super versatile character portfolio and love for the risqué, Smith has taken all his time to grow and evolve into a box office superhero(quite literally!). He has made the audience laugh, jump with excitement, feel a rush through action, see dreams of the future with eyes wide open (and mouths too!), and made them melt with his charm and romance. And while handpicking and selecting the best movies out of every single masterpiece this genius has started in is a task for the mighty. Here’s our list of the 10 best will smith movies ever!

With a stellar 8-star IMDb rating and massive critical acclaim, this movie is a mandatory watch! The story of a salesman who is struggling to make ends meet for his young son, this movie will make you cry and uplift you at the same time. This father eventually finds himself in a striking new career field which is also a parallel journey, worth the watch. The son’s role is played by will smith’s own, Jaden Smith, which truly adds more sentiment and realism to the whole story. This movie will give you high doses of reality, heaviness, intensity, and inspiration on days when you just.

Muhammad Ali, who continues to be a fascinating inspiration, a hip-hop culture dominator, a soldier of victory, and a role model for millions, is played by will smith in this sports drama. Out of the many movies with will smith, this one stands out for its fierce performances, well-written script, and powerful delivery. If you are one of the many people who find the life and experiences of the boxer Ali inspiring, you do not wanna miss this gem. It is a sure treat for the people who enjoy sports movies, stories of loss and victory, the energy of boxing, and the ingenious acting style of Smith. Watch Will smith slide on some gloves and step in the ring? Yes, please!

Based on the complex, futuristic writings by author Issac Asimov, this movie is a sci-fi feature film. The film “I, Robot” is set in the year 2035 and follows a cop called Del Spooner (Will Smith) as he investigates the death of U.S. Robotics’ top scientist. Suspicious as always, Det. Spooner instantly believes that a robot is involved in the crime, and as his investigation progresses, he digs deeper into U.S.R. to find out the truth of what is going on. The movie features artificial intelligence, futuristic graphics, incredible costumes, and of course, Will Smith in yet another challenging character.

Aliens, impending doom, massive spaceships, a team of strong-willed humans, and loads of action! ‘Independence Day is that movie that excites you and makes you jump with all that’s happening on screen. An amazingly directed 90s movie, you will always, assuredly, find this one on the list of best will smith movies!

The role of a brave-hearted fighter looks so charming on the young Smith, and you have to get butterflies (we mean, alien-sized butterflies!) in your stomach! For the lovers of good old action, which entails mass destruction and loads of adrenaline, this is a sure watch. It is the experience of exhilaration, rush, and pounds of excitement that makes this movie a fan favorite!

It is such a task to pick favorites in this series, but we managed! (Pheww). The Bad boys series is a much loved and immensely popular one in Hollywood! Two hip cops (with a ridiculous sense of humor!) carry out some real serious missions to preserve law and order in the city! The second installment in this series of three is a mission to end the widespread drug network headed by a Cuban mafia! While the mission may sound all serious and high stake, leave it on will smith and his partner (played by Martin Lawrence) to screw up multiple times along the way. Although they succeed in the end, how they manage to do that will surely leave you rolling on the floor with laughter!

It’s difficult to remember a film that had such an immediate impact on pop culture as Men In Black. Will Smith was set to reach a new level of superstardom after Bad Boys and Independence Day, and he wisely chose his breakthrough film. (You will surely find this one featured in every best will smith movies list on earth) This movie is noteworthy in so many ways! The comic delivery is phenomenal; the aliens somehow look cool, not just slimy and cringy (although they are made to look that too!), the actors seem like the characters themselves, and the direction is world-class! But the dynamic between Will Smith and Tommy Lee Jones is the main reason Men In Black performs so well and has lasted so long. The young recruit being mentored by a grizzled veteran is a well-worn police movie trope, but we’d never seen it done quite like this.

Rightly accredited as one of the most loved will smith movies, Enemy of the state is an action thriller (and it will actually thrill you!) It is the story of a prosecutor who mistakenly receives vital evidence in a politically motivated crime. He then becomes the victim of a crooked official and his N.S.A. goons. An action-thriller on the surface, a true telling tale of government and its surveillance at its core, this one will keep you at the edge of your seat. Like most movies that cover the stark reality of the closed offices of high-profile officials, this movie will leave you disillusioned and fascinated at the same time.

Will Smith’s performance in this movie is Oscar-worthy, the science behind the discovery of concussions in football players was interesting, and, amazingly, it’s based on a true story. This movie and the story that is played out demonstrates how a single individual can make a difference. Even though Sony has softened the original script to prevent legal problems with the N.F.L., this movie is still exceptionally enthralling. This is a tale of Nigerian Doctor, Dr. Omalu who found out the longer-term effects of football collisions and their impact on the health of players. It is a story that will show you the flipside of football. A sports drama that teaches you the power of resolve and a deeper message of ethics.

This one of the rarer movies with will smith that are more about normal romance as opposed to sci-fi, conspiracy A.I., superhero work happening in the background. This Rom-com delivers what it promises, a smooth and lighthearted popcorn viewing! It is funny, and it is simple and assuredly quite original. While the viewers are divided on whether this is a chick flick or not. We’d say it is an impressive watch for all. Women will love the romance, the very charming ‘Hitch,’ and the men will surely appreciate the male humor. Being both romance and slapstick, this one is a pretty balanced couple watch!

Everything about this will smith movie is beautiful: the acting, the music, the directing, and, most importantly, the plot. Giving sacrifice with a meaning is the theme of this tale. Even the viewers who disliked Will Smith admittedly found themselves ‘blown away by his performance in this one! You will feel his anguish in your very bones and will surely be moved by his character’s actions. The movie moves real slow until you find it out! (Go figure!) Then the truth of his intent will emotionally crush you whilst still being breathtaking. The storyline is unique and incredibly creative! It is best described as a sweet pain. The sentiments of this one will stay with you for a very long time!

With his big ears and goofy smile, Smith’s face has dominated our T.V. screens for decades now! And that isn’t going to change anytime soon. We are certain that these 10 will smith movies will leave you laughing, crying, inspired, and emotional on demand! So go ahead and brew a nice cuppa; we’ve got the movie selection covered!