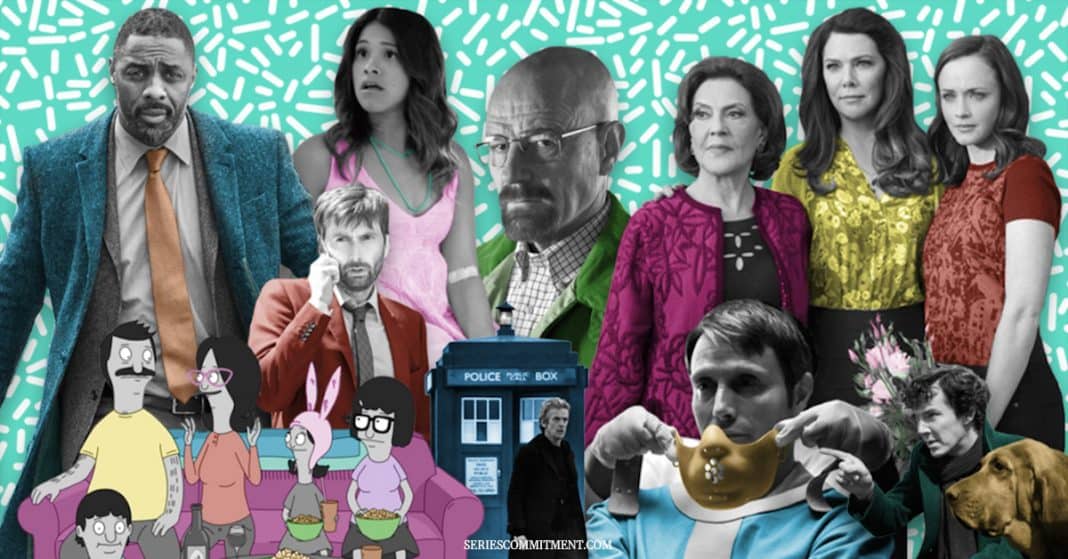 Drama is a genre of narrating fiction, non-fiction, semi-fiction stories intended to present a more serious tone than a humorous one. But that does not mean they are dead serious. The best tv dramas is a package of all emotions with the screenplay, acting, and the direction it’s primary contributors to success. It is the most common genre among TV shows. With the present-day streaming platforms, TV series is the new fashion and rightly so. And the fact that they are so crafted entirely made you cannot stop yourself from binge-watching. With such an extensive history of television shows, there is no dearth of tv dramas.

We have shortlisted a few of the best tv dramas from a multitude of them. In appreciation to taste, the list is not made simply out of the highest-rated best tv dramas show. But by its impact on the audience, genres apart from drama, plot, and critical review.

It is tough to imagine that the character of Hannibal Lecter from 1991’s Silence of The Lambs could be recuperated ever so brilliantly again. With an artistic depiction of cannibalism, this suspense thriller is available on Stan, Prime Video.

Special agent Dale Cooper comes to Twin Peaks to unravel a murder mystery. And when things start to unravel, the peaceful city of Twin Peaks doesn’t seem to be that peaceful anymore. This top tv drama is now streaming on Hotstar.

The hugely popular sci-fi is the first of its kind. Giving birth to many more in this genre. With a space team comprising an awesome crew venture out to explore the new world’s find several obstacles in their paths. Now streaming on Netflix.

The term ‘Mad Men’ was coined by advertisers working on Madison Avenue, referring to themselves. The plot focuses on the business of agencies, coming up with excellent ad campaigns and the personal lives of the characters.  Go on and watch this show on Netflix, Prime Video.

Probably the best tv dramas of all time. After being diagnosed with cancer, a shy chemistry teacher, Walter White, partners with his ex-student Jessie to make meth. Things are not the same, following that. Highly recommended can be watched on Netflix.

Based on true events surrounding drug trafficking between Colombia and the USA. The rise and fall of drug lord Pablo Escobar. And life in Colombia after that. This series franchise has expanded its story to Mexico now. A must watch series available on Netflix., Prime Video

This takes a peek into the rock and roll lifestyle of people associated with Classical Music. Recent among the drama tv shows. Rodrigo takes over from his master Pembridge as the conductor of the New York Symphony and does things unconventional in the classical music industry. Now streaming on Amazon Prime, Prime Video.

A short series with Sarah Bonham Carter as the lead. The plot is about an Israeli spy working through the ranks of Syria to gain information for Mossad. Based on a true story now streaming on Netflix, Prime Video.

While struggling to cope with the past mishaps, Patrick Jane uses his razor-sharp observation skills to unravel serious crimes for the California Bureau of Investigation. Presently available on Amazon Prime, Prime Video.

Police officers and detectives around the USA face an uphill task of investigating a psychic homicide. In doing so, they unearth a lot of professional and personal secrets. One of the best drama tv shows is streaming on Hotstar.

Tommy Shelby, an ex-army veteran, runs their family betting business and wants to extend his business to all highs. Set during the times of 1919 in Birmingham, this crowd-pleaser is now streaming on Netflix.

The drug-addicted medical genius Dr. Gregory House leads a team of doctors in a fictional hospital in New Jersey. Always coming up with incredible solutions, this is the Sherlock of medicine. Now streaming on Amazon Prime, Prime Video.

An amazingly unique depiction of Sherlock Holmes on tv. With an excellent screenplay and outstanding performance from Benedict Cumberbatch to follow it up with a legend of a villain in Moriarty. This must-see top tv drama is available on  Netflix.

This wicked drama based on Washington DC is based on a ruthless and cunning politician who isn’t willing to stop at nothing to conquer everything—now streaming on Netflix.

A true story based on the Chernobyl nuclear disaster in present-day Ukraine. The story of coming together with brave men, women, and scientists to prevent Europe from further disaster. It also brings forward the government’s role in this human-made disaster. Now streaming on Hotstar.

This list could go on and on, but we have limited ourselves to number fifteen. I hope you enjoy these drama tv shows.