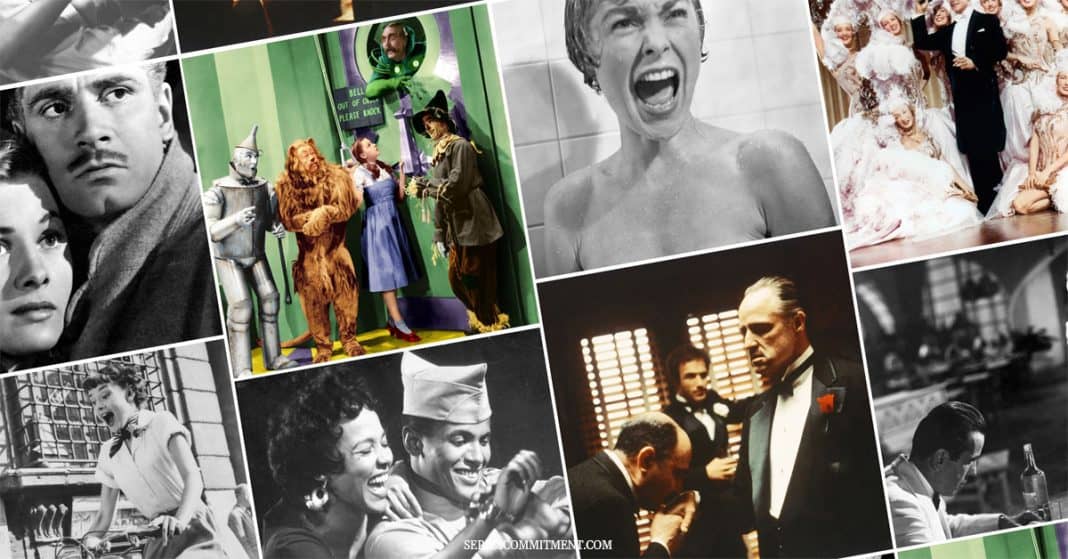 This list consists of some of the best art house movies of all time, from thought-provoking dramas to unsettling life tragedies. Art house movies aren’t meant for commercial entertainment purposes but for those looking for symbolic contents, beautifully intricated with non-linear narratives and poignant storylines, giving it an overall aesthetic appeal.

We’ve always opted for silly commercial entertainment, completely sideling content-driven movies. But if we truly realize the power and the potential of art house movies, there’s no going back. These movies are a must-see for all those seeking innovative cinematic experiences and a love for non-linear storytelling and entertainment.

Choosing the best art house movies isn’t an easy task, with so many amazing works. But we have made this daunting task easy for you by curating a list of the top 15 art house movies of all time. Each of these handpicked movies is sure to give you a life-changing experience.

A classic by Yasujiro Ozu, this gripping masterpiece on generational conflict is a perfect example of an art house movie. This film is a sure delight to watch for its lovely performances and intense family drama that will move you to tears. Available on Amazon Prime and Vudu.

Kubrick’s cult classic movie is a brilliant take on artistic violence. The use of powerful imagery coupled with a muddled background score makes this movie a classic example of art house films. Available on Netflix, Vudu and Hulu.

This mesmerizing movie, lauded for its beautiful imagery and an evocative score, tells a steelworker trying to convince his lover to marry his dying boss to have a claim on his fortune. Watch this one for its critically acclaimed cinematography.  Available on Prime, Vudu.

This classic story of the rise and fall of a business tycoon who loses everything he has ever had is sure to haunt you forever. It beautifully portrays how small things can have the biggest impact ion life, making it one of the best arthouse films. Available on Netflix, Prime Video, Amazon Prime.

Iñárritu’s ‘Birdman’ is an epic tale about the conflict between actual and perceived reality. This is a story of a washed-up actor struggling to mount back on his Boadway career.

Mostly shot indoors, watch this one for its aesthetically pleasing cinematography. Available to watch on Amazon Prime, Prime Video.

Based on Mario Puzo’s novel, Ford Coppola’s organized crime film ‘Godfather’ is one of those rare art-house movies that have magnificently influenced popular culture in so many ways. Watch on Amazon Prime, Vudu, Fandango.

A classic example of an art house movie, Ikuru, meaning ‘to live,’ is an exhilarating and heart-warming Japanese film directed by Akira Kurosawa. Confronted with terminal cancer, a bureaucrat seeks opportunities to find meaning in his life before saying his final goodbye. Available on Amazon Prime, Vudu.

This masterfully crafted movie by Bong Joon-Ho, this social satire, will make you laugh and cry at the same time. This emotion-packed thriller is a must-watch art house movie of all time. Available on Hulu, Vudu, Amazon Prime.

Regarded as a classic example of ‘Nouvellae Vague,’ Breathless is the masterpiece art- house movie of all time. Shot on a low-budget by Godard, this movie has quickly found its place in modern art. Available on Amazon Prime, and Vudu.

Lauded as Fellini’s great masterpiece, this ground-breaking satirical movie has become a cult art-house classic. Watch this one for its use of surreal imagery as it compels us to think about the corrupted modern life. Available on Amazon Prime and Prime Video.

Behind this Oscar-nominated coming of age movie, Director Berry Jenkins had a particular vision, i.e., ‘instead of taking the hood to the arthouse; we’re gonna bring the arthouse to the hood.’ Watch this thought-provoking movie for its fluid and frantic cinematography and disjointed editing. Available on Amazon Prime, Prime Video, Netflix.

A Neorealist drama film, Bicycle Thieves, is an emotionally packed real work of art filled with subtle performances. Set in post-war Italy, a poor working-class man sets out with his son searching for his stolen bicycle, his only source of livelihood. Available on Amazon Prime and Prime Video.

This Hungarian black-and-white film, directed by Bela Tarr, is a portrayal of the ‘heaviness of human existence.’ Though bleak, it’s a bold and heartbreaking story of a rural farmer confronted with his beloved horse’s mortality. Available on Amazon Prime.

Directed by Hirokazu, this classic Japanese movie is a genuine piece of arthouse work. Watch this movie to experience a humanistic tale of a family of shoplifters as they shelter a girl freezing in the cold. Available on Hulu, Vudu, and Fandango.

This thrilling black and white German drama film is a hypnotic tale of a village plagued with strange events. Watch this thought-provoking movie as it creates an abyss of anxiety around you. Available on Amazon Prime, Fandango, Vudu.

So hop on the bandwagon of art house movie lovers by binge-watching these amazing movies, which are some of the most famous gems of craftsmanship.