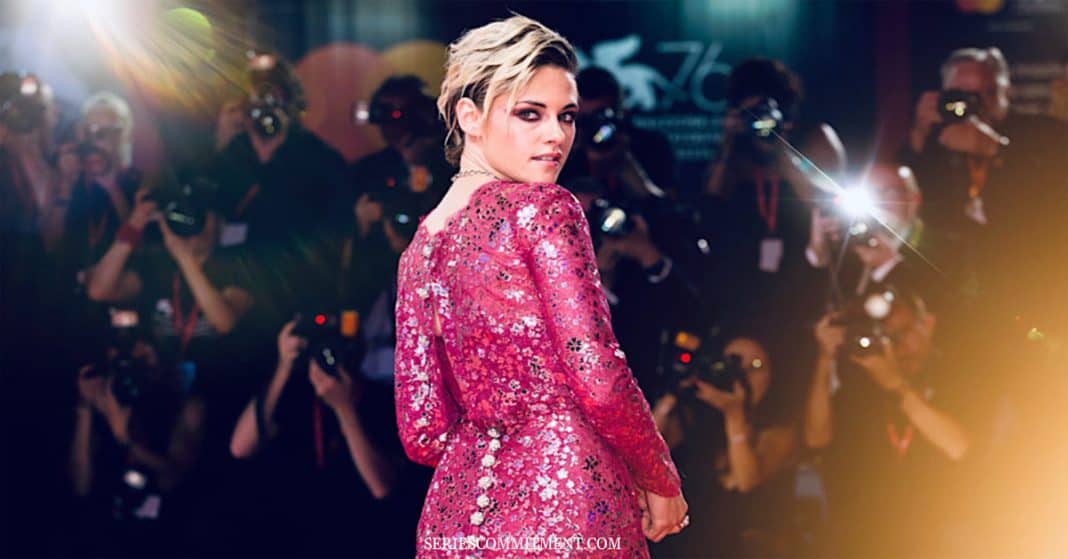 There is no doubt when it comes to the talent of Kristen Stewart. Plenty of people had heard about the movie ‘Twilight.’ This movie has typically given us a deep glimpse into the intriguing filmography of Kristen Stewart. Besides the very famous Twilight saga series, she’s worked with many big projects such as the redo of ‘Charlie’s Angels’ and the sci-fi 2020 thriller movie ‘Underwater.’ Recently, she also played a role; in a Hulu romantic comedy ‘Happiest Season.’ Talking about her most romantic movie ‘Twilight’ where she was encircled in a love triangle comprising a vampire, a werewolf, and herself.

Honestly speaking though it was a romantic movie, there was a lot of criticism on how to story was made, especially when it comes to the family of Edward Cullen. His family was quite absurd and acted very strangely, which made many viewers laugh, and for some of them, it became a comedy movie even though a dubbed version of this movie was released, which was very funny and showcased the reality of the ‘Twilight’ saga.

Nevertheless, Kristen Stewart first debuted in ‘Twilight’ where she gained many fans, popularity and became a top actress. She has played a variety of characters in many different genres pushing herself in challenging projects. Here you will find some of the topmost Kristen Stewart movies.

A drama-oriented movie featuring Kristen Stewart, Juliette Binoche, Chloe Grace Moretz and directed by Olivier Assayas where Juliette (a veteran actress) takes part in a revival of the play those who launched her career 20 years ago and faces an uncomfortable reflection of herself. Kristen Stewart plays a role of an assistant of Juliette, where she keeps herself calm in an intimate relationship with her boss.

Kristen was shining bright in the entire movie even though her role was not uptight compared to the other two co-stars. This movie ran for 2 hours and 4 minutes and was released in 2014. Overall, you will see how this movie will draw the complexities of a relationship between an employee and boss.

A 2016 Kristen Stewart film involves the life of a man who came to the Hollywood industry in the 1930s with the hope of becoming an actor but got swept away in Café Society and falls in love. Woody Allen directs this movie, and along with Kristen Stewart, many other top actors are starring in this movie, such as Blake Lively and Jessie Eisenberg. The role of the man is played by Jessie, who falls in love with Kristen, and their duo is amazing on-screen. Though her movie did not lead to the fans’ expectations, her acting carried the originality of the movie.

A movie filled with crime, drama, and thriller is directed by Craig Macneill, based on the Legend Lizzie Borden. It is one of the best Kristen Stewart movies where Lizzie is a 32-years old unmarried woman and a social outcast whose father is very cold and has a strict dominating nature. She lives a claustrophobic life. Kristen plays a role of a maid who works at Lizzie’s house, and soon they both fell in love and later both found themselves riddled up in a murder. Kristen’s first LGBTQ movie played a fantastic role and amused the fans with her expendable job.

Personal Shopper is at the top of the Kristen Stewart movies list, directed by Olivier Assays. This movie revolves around a personal shopper who stays in Paris to contact her dead twin brother and refuses to leave the town. But later she gets in contact with a mysterious man who sends her a text. This movie is a perfect psychological thriller and mystery where Kristen embarks on a journey of supernatural adventure, feeling a spiritual connection with her brother.

Overall, this movie has highlighted the protagonist’s life and made us believe in spirituality. Kristen has worked hard in this movie, and while you watch this movie, you will feel like you are a part of the investigation where you are solving the mysteries.

An intriguing Kristen Stewart filmography directed by Wash Westmoreland and Richard Glatzer and based on a novel by Lisa Genova. This movie starring Julianne Moore, a fabulous actress, gets Alzheimer’s disease when she starts to forget things and how her family brings up this news. Julianne is a professor, and soon she realizes that she forgets words. Later, she got diagnosed with this devastating illness. Even though she is a talented actress who can make other actors less experienced than her, Kristen Stewart did not leave her diving skill into the role. She played the role of one of her children, and her performance in this movie takes up the notch. This movie was released in 2014.

A romantic Sci-Fi fiction directed by Drake Doremus where two people fall in love in an alternate universe where human emotions have been eradicated to avoid crimes and conflicts. The challenging part arrives for this world when Kristen Stewart and Nicholas fall in love with each other. The only good things in this movie are the actions of the stars.

For both the stars, it is for the first time that they feel such a way, and they beautifully portray the loss and confusion with perfect communication. Kristen Stewart played her part excellently in transforming from an unemotional individual to a person who has feelings for someone else. This movie has quite good remarks for the acting of the cast.

It is a drama-generated movie directed by Kelly Reichardt, where three strong women strive to get on their paths irrespective of the strictness in the American Northwest. Along with Kristen Stewart, Laura Dern and Michelle Williams play the role, and all of them are blazing in their roles.

Kristen Stewart has the role of a young lawyer who is forced to subdue a troubled client, and the other two actors play the role of a mother and wife who wants to build her house, but her marriage gets in the way, and a lonely ranch hand who finds a bond with a law student. Kelly has beautifully directed the movie and had outshined the role of all three actresses.

An action-comedy directed by Nima Nourizadeh starring Kristen Stewart and Eisenberg. The role played by Eisenberg (Mike) is of a stoner who lives in a small town, and the life of her girlfriend Kristen (Phoebe) turns upside down when she gets to know about him.

In reality, Mike is a lethal highly-trained sleeper who has to come back to his role to survive when his past haunts him, and he finds himself struggling in a government operation. This movie is entertaining largely because of the chemistry between Eisenberg and Stewart and how they played their role. Though the movie received mixed reviews, overall, it was worth watching.

An Indie drama film directed by Jake Scott starring Kristen Stewart, James Gandolfini. In this movie, two married couples’ marriage is drifting apart, and things take a U-turn when the husband meets a 16-year-old young stripper on the way to his business trip.

Kristen plays the role of a young stripper who is struggling financially, and her life changes when she meets an old man who is respectful and helps her, unlike other men she meets. Kristen has beautifully portrayed the life of a woman who is facing issues with her self-destructiveness and how much she likes pushing people away from her and leading a normal life.

A musical drama directed by Floria Sigismondi involves two rebellious teenagers from Southern California who embark on becoming rockers for a band- The Runaways. This brand is a huge legendary group that has paved the career of many female rockers, and soon both women become part of this band.

This movie is based on the real-life story of a girl with the same name, and Kristen Stewart plays this role. Both of them venture out in the world to achieve big dreams, and this movie is all about discovering success at such a young age. In this movie, Kristen looks like a Tomboy with dark hair and a boyish stance.

Conclusively, Kristen Stewart has captured the hearts of many fans in ‘Twilight’ even though the movie isn’t listed in the top 10 movies of her. Moreover, Kristen has also won hearts with her beauty and how amazing she is while playing a role in the movie. She beautifully captures the role and portrays the exact genre, whether it be romance, comedy, adventure, action. She has won many awards for her acting and role played in various movies. The above-listed movies of Kristen Stewart are worth watching.