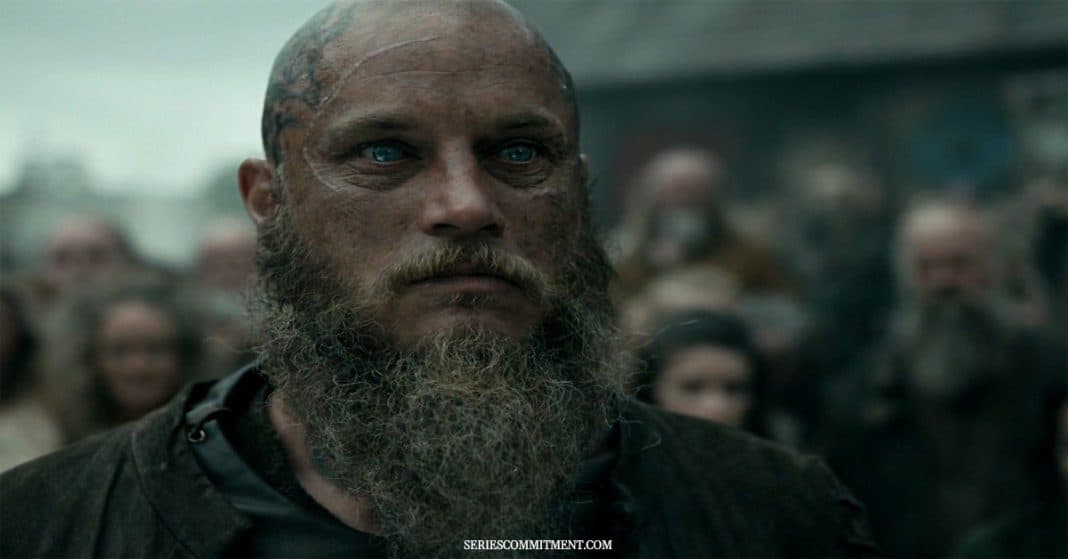 We get leadership inspiration all the time and we get it from everywhere—from the most powerful people like Jeff Bezos to the most influential people in history like Martin Luther King to books, etc. However, an equally effective but unchartered territory for finding this inspiration is TV and movie characters. The perfect example of this is the protagonist of the popular TV show Vikings—the Norse warrior Ragnar Lothbrok, played by Travis Fimmel.

If you analyze the inherent drive, dedication, and curiosity of Lothbrok from the Vikings TV series, you will find that many of the leadership qualities of the pre-Medieval leader are relevant even today. While we are advocating for boardroom fights or brutal performance evaluations, there are some valuable Leadership Lessons we can learn from Ragnar Lothbrok.

Here are 3 top lessons organizational leaders can learn from Ragnar:

Ragnar had a level of ambition that not many people can match. However, that does not come as a surprise. Ambition is something that you would expect from someone who’s been able to achieve so much. The interesting part is that Ragnar never had any ambition to become a ruler or a tyrant. Instead, his dream was always to make the journey to and discover the uncharted West.

The ambition of Ragnar Lothbrok was driven by discontentment. He longed to visit and learn from places other than those he was acquainted with. He was motivated by a deep desire to do things that others wouldn’t even think of trying. This quality of Ragnar won his many supporters and loyalists. This is natural because when we see individuals actively pursuing their dreams, we just can’t help but encourage them or even join them.

It was the ambition of Ragnar and his communication abilities that prompted others to display such loyalty to him. This resulted in him moving up the ranks.

The lesson to learn here is that you can only truly grow if your goals are genuine and powerful enough to keep you motivated. Rarely do people who strive for superficial, materialistic ambitions feel complete. And seldom do the people around become faithful to them.

In the first season of the Vikings, Ragnar Lothbrok is frustrated with the lack of vision from his clan leader, Earl Haraldson, who chooses to play it safe and strike eastwards.

Convinced about wealth and undiscovered lands to the west, Ragnar disregards the intentions of Earl and heads towards the West to raid France and England. This is the becoming of arguably the most powerful and popular Scandinavian leader in history.

The lesson here is that the best leaders are those who learn to trust their instincts or gut feelings. Although this comes naturally with awareness and experience, the capacity to see or realize something that other leaders might not is what will set you apart from them. If your gut instinct is telling you something, don’t be afraid to act on it. This is what will get you places or climbing up the ladder of success.

“Odin gave his eye to acquire knowledge, but I would give far more.”

These were one of the first words spoken by Ragnar to his son in the show and it foretells Rangnar’s plan for creating his wealth and power—seek knowledge relentlessly.

In the first season of the Vikings, Ragnar feels discontent after a sequence of disappointing raids in the east that scarcely put food on the table for his kin. He desired more. He had no idea what awaited him in the West because he had only heard myths and rumors about it. Yet, he wanted to see and discover the West.

His inquisitiveness led him to learn more. But, to cross the great sea, he would need a voyage that could withstand the ocean’s strength and a means to sail safely. However, he was just an ordinary farmer with no experience of shipbuilding or sailing.

But Ragnar acquired the necessary knowledge. He hired Floki, the shipbuilder and expert engineer, to construct him a ship that could make the voyage, and he managed to find a way to sail masterfully in a safe and accurate way.

The lesson here is that the biggest goal, the more knowledge you need to seek. The best way to ensure this is by seeking and pursuing knowledge relentlessly. Knowledge is what will get you through tricky times and accomplish individual and organizational goals.

From the life and raids of Ragnar Lothbrok, we find that powerful leadership is based on a simple combination of a strong ambition based on genuine goals, the ability to trust instincts, and the relentless pursuit of knowledge that encourages progress, foresee the future, and taps into the inner intuition. You can reach uncharted territories as a leader to climb the ladder of success by exploiting your own inherent qualities and core talents.