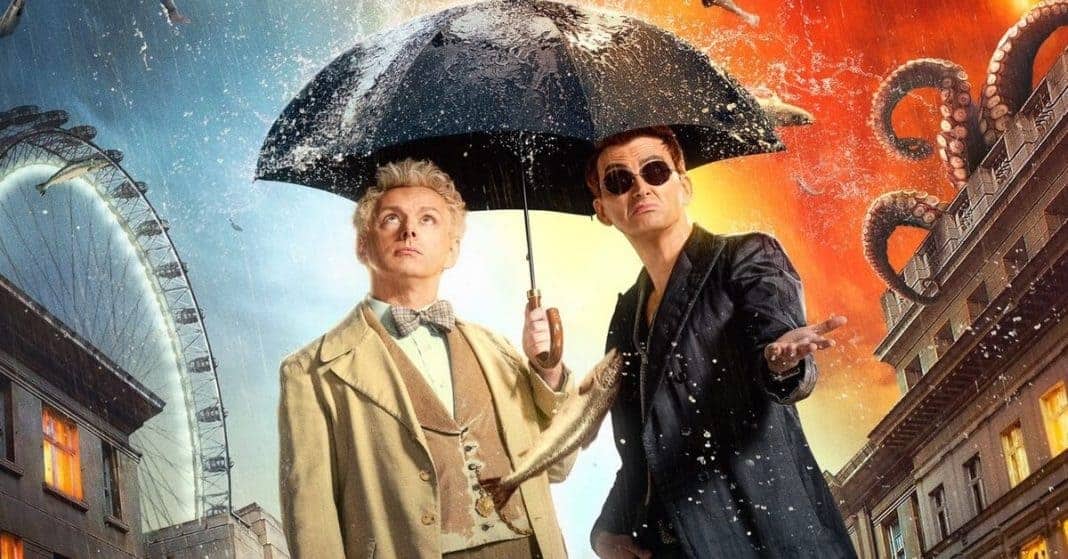 Good omens, which was widely acclaimed for its first season, has been rebooted for an upcoming season 2. Season one had expectations of Good Omen being a short series, but the makers have announced the arrival of an upcoming season. The Amazon originals Good Omen TV series had a six-episode feature season 1 that dealt with the story of a Demon Crowley and Angel Aziraphel who made a staycation on earth for a considerable amount of time to prevent an apocalypse that wages the final war between heaven and hell.

Dealing and staying with immortals for a while built an attachment of the Angel and Demon with Earth. The new season is here to answer all the fan-favourite questions like “What happened after the events in Soho?” “Where does that lead our main characters?.”

Season 2 is set to have a relation with season 1 and has the same six number episodes that will feature Angel Aziraphel and the Demon Crowley in new storylines. It focuses more on highlighting the friendship between Aziraphel and Crowley and how they try to get back to normal after the apocalypse of season one just to get involved in a surprising twist of events.

Neil Gaiman on the origin of the series:

Good omens, which is based on the book by Terry Pratchett and Neil Gaiman, explores the story of immortals. Speaking in an interview, Neil Gaiman expressed his attachment towards the series and plotted the emergence of an idea that leads to a sequel. He claims it to be 31 years since Good Omen, the book was released, and how he and Terry Pratchett went on to discussing a sequel in a Seattle hotel room at the World Fantasy Convention 32 years ago.

With the help of BBC studios and Amazon, Neil has got the chance to go ahead with the sequel he and Terry had in mind. The shooting of season 2 will take place in Scotland in the latter half of this year. Season one had an initial BBC release and later an Amazon Premiere. As BBC stands uninvolved in the second part of the franchise, the audience can expect its first release on Amazon in the coming year.

Season 1 of Good Omens was released in May 2019 on Amazon prime, and it remains on the platform as an Amazon original series. Based on the novel Good Omens: The Nice and Accurate Prophesies of Agnes Nutter, the series has an ensemble cast including Michael Sheen, David Tennant, Daniel Mays, Sian Brooke, and many more and is directed by Douglas Mackinnon.