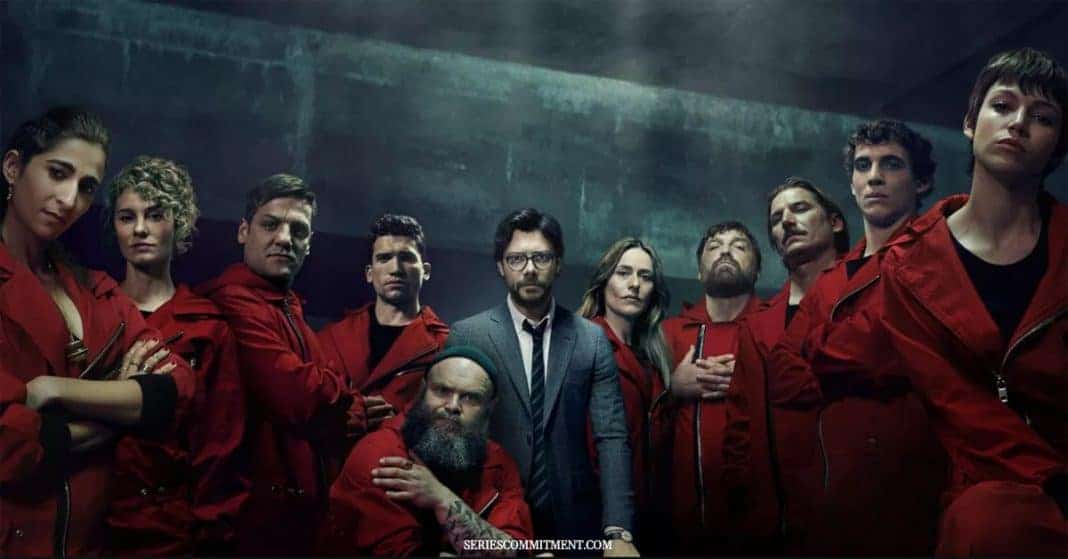 Money Heist, It’s full of twists and turns, and you’re almost sure to get hooked after just the first season. La Casa de Papal (Money Heist) is extremely popular, smashing records and attracting an international audience. Are you done with watching money heist? And still on the trill to attend a similar show. Don’t worry. We made a list to share with you what to watch after money heist. We have pieced together a list of best shows stacked with a storyline similar to money heist.

Just like in Money Heist, in AMC’s Breaking Bad, the Professor keeps his true identity hidden. Walter, a high school chemistry teacher, turns to cooking and to sell meth with Aaron Paul’s Jesse Pinkman in an attempt to protect the financial future of his family after being diagnosed with inoperable lung cancer.

After the money heist, this is the perfect time to watch prison. The story revolves around an architect entering a jail he built. He involves an illegal abduction of his brother, who was wrongly convicted of murder and facing a death sentence.

This is a crime drama that tells the story of a family of four. They are forced to move after the money-laundering scheme for the father goes wrong. He owes big money to a drug dealer and is forced to alter his relationship with his wife and children.

Peaky Blinders based on the story of an English urban street gang that operated in Birmingham. During the  late 19th century and just after the First World War. But the characters in the series are fictional. It is totally suspenseful and full of crime. This gang is brought to the attention of Major Chester Campbell, who was hired by Premier Winston Churchill to clean up local criminals.

Starring Richard Mardsen’s Game of Thrones, Bodyguard is a political drama featuring David Budd, a bodyguard whose job is to protect Julia Montague (Keeley Hawes), the British home secretary. In the beginning, the six-part series seems to be about the relationship between Budd and Montague. Still, gradually the themes of terrorism and corruption begin to unfold within the secret service and police.

This series in the late 1980s. The story follows Colombia’s cocaine trade. Based on drug kingpins’ real-life accounts, this compelling show is difficult to put down.

A true story of a humble man who is willing to do everything to become the most influential and richest drug lord. This show is fast-paced and very exciting and will keep you entertained for hours. It is a show based on the life of Amado Carrillo Fuentes, the former chief of the Mexican Juarez Cartel (and Narcos: a character from Mexico). The award-winning series is much more dramatic than Money Heist because it is a telenovela, but if you’re looking for similar rates of action — give it a shot.

This Netflix Spanish series is set in a wealthy private school and follows three new students of the working class, starting on the wrong foot with the rich and famous ones. This confrontation between the groups ends in a killing.

Fargo is a series of black crime comedy television dramas that first premiered on FX in April 2014. The show stars Billy Bob Thornton, Allison Tolman, Colin Hanks, and Martin Freeman- who have brought extremely memorable roles to the small screen’s past. If you’re looking for a series that shocks you and keeps guessing at every turn, Fargo is a must-watch.

This Spanish series, which has a resemblance to Orange Is The New Black, created quite a stir when it began in 2015. Set in a high-security women’s prison, it tells the story of a young, innocent woman blamed for her boyfriend’s corporate fraud.

This is a spy drama following a cold war that depicts the story of Russian spies. Who poses as American in Washington DC and spies on the government.

To work out your weekend, nothing like a Spanish mystery. In the 1940s, the story  tells us about two sisters who, during their voyage on a ship. They found themselves embroiled with murders. This will create a mysterious story around the murder. Really a must watch show full of mystery.

This collection shares tales of corruption in businesses, stock fraud, and creative accounting. Every episode has gone dirty with a new story of money.

This South Korean drama is an intense underdog tale depicting an ex-convict who opens his bar to contend with the crooked man responsible for his jail term.

With fast episodes of 20 minutes, this addicting Mexican teen drama revolves around an unknown hacker who publicly humiliates and reveals the secrets of several high school students.