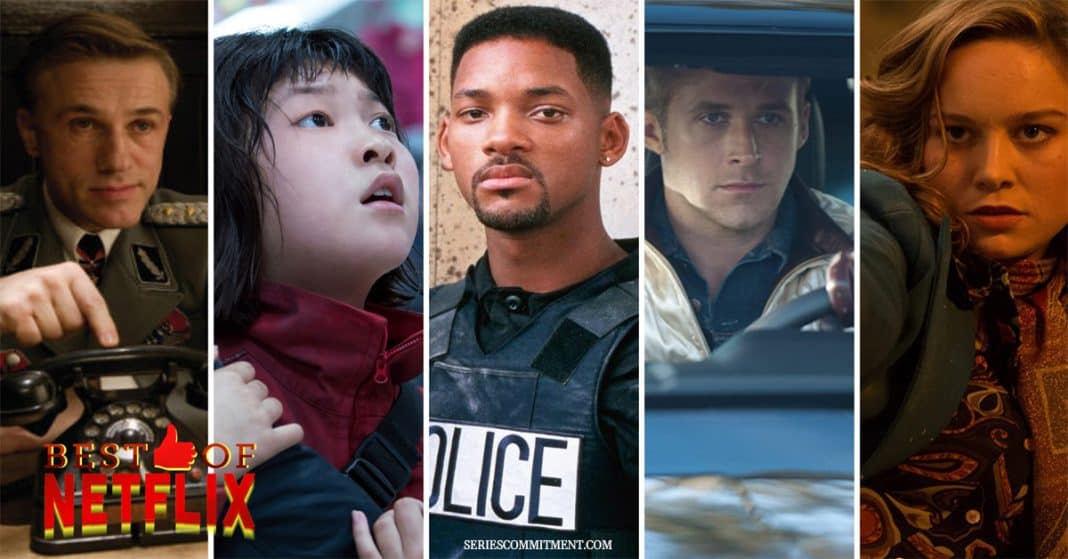 Often we find ourselves browsing through Netflix trying to find a movie that calls our name. Having decided to watch something, we are left combing through endless lists of movies we have at our disposal on Netflix. Netflix, albeit a great streaming platform, doesn’t have the best recommendations to offer us. Unless you have a generous friend giving you movie suggestions that you haven’t already seen, finding that one best movies on netflix to fit your mood is challenging. There are many award winning movie on Netflix, here are some of the narrowed down choices for some of the best movies on Netflix right now.

Adapted from the novel, ‘Five Feet Apart’ is easily one of the most heartbreaking movies to watch on netflix. Starring Cole Sprouse, the movie awakens a deep sense of sympathy among the viewers. The young teenagers take us on the deadly journey of loving each other at a distance while battling Cystic Fibrosis.

Starring Chris Hemsworth, the movie Extraction depicts a retired mercenary mission, Tyler Rake, offering his services on the black market. However, to save the son of a Mumbai crime lord, Tyler is forced to choose between his own life or the mission. This is also one of the best movies on netflix of recent time.

World War-II soldier turned US-Marshal, investigated the disappearance of a patient at a psychiatric hospital. One of the top movies on netflix is Shutter Island, a psychological thriller mystery, starring Leonardo DiCaprio and Mark Ruffalo. However, his efforts are compromised as a result of visions and one suspicious doctor.

This American mystery thriller features the story of the Zodiac killer, a serial killer who terrorized the police with bloodstained clothes and threatening letters. Starring Jake Gyllenhaal, Mark Ruffalo, and Robert Downey Junior, the manhunt for the killer only get complicated. Zodiac depicts the chase after the man wanted in the entirety of America.

This drama-filled comedy is bound to leave you shell-shocked, as one of the best movies on Netflix. Based on the 2007-2008 financial recession in America caused by the mortgage-based housing market, sees the transformation of three men into millionaires. The movie is best known for its guest appearances of Margot Robbie, Selena Gomez, etc. as a way to explain to the audience financial jargon.

Lou Bloom, a petty thief, turned stringer realizes that he can make money by taking photographs of crime scenes. Nightcrawler provides more insight into the world of journalism.  Starring Jake Gyllenhaal, the movie represents a crime journalist’s life highlighting the good and bad parts of reporting.

Part of the few best movies on netflix right now on netflix, Snowpiercer is set in the future. In a world where everything is frozen as a result of global warming and only those aboard the Snowpiercer have survived. The train is divided according to class with the poor at the end of the train, led by Curtis (Chris Evans). They try to get to the front where the rich stay and spread the wealth.

This movie follows Bloom’s life (Jessica Chastain) after she is tailed by the FBI, when they find out about her secret underground poker empire for Hollywood athletes, celebrities, business tycoons, etc. The biographical crime film marks the story between her only ally, a criminal lawyer.

Starring Scarlett Johansson and Adam Driver, this movie follows the couple’s coast-to-coast divorce. An actress and a stage director, figure out their careers while juggling marital problems. The movie is touching and highlights reality.

The film is a political satire of two journalists, Seth Rogens and James Franco, who are to interview Kim Jong Un, the North Korean dictator. Surprisingly they are recruited by the CIA to assassinate him while they do their job.

Directed by Rob Greisman, this romantic comedy film with Callan McAuliffe(Bryce) and Madeline Caroll(Juli) try to reignite the flame of love.  Juli is convinced Bryce liked her but was too shy to admit it. Childhood love blossoms into the realities of being adults.

The American horror science fiction revolves around a family that is forced to live in silence amongst animals that hunt via their acute sense of hearing. Starring John Krasinski and Emily Brunt, they struggle to raise their children in a post-apocalyptic world surrounded by blind extra-terrestrial creatures.

A musical comedy-drama, starring Kiera Knightley and Mark Ruffalo, depicts a budding songwriter who, after breaking up with her long-time boyfriend, encounters the record label producing executive living in New York. He helps her produce her debut album recorded in public locations in New York City.

A science-fiction comedy-drama featuring Jim Carrey as Truman. Little does he know that his whole life has been a reality TV Show broadcast to the entire world, including paid actresses as his wife and best friend. The story evolves when he discovers the truth and tries to escape.

All of these awe-inspiring movies are some of the best movies on netflix to watch.