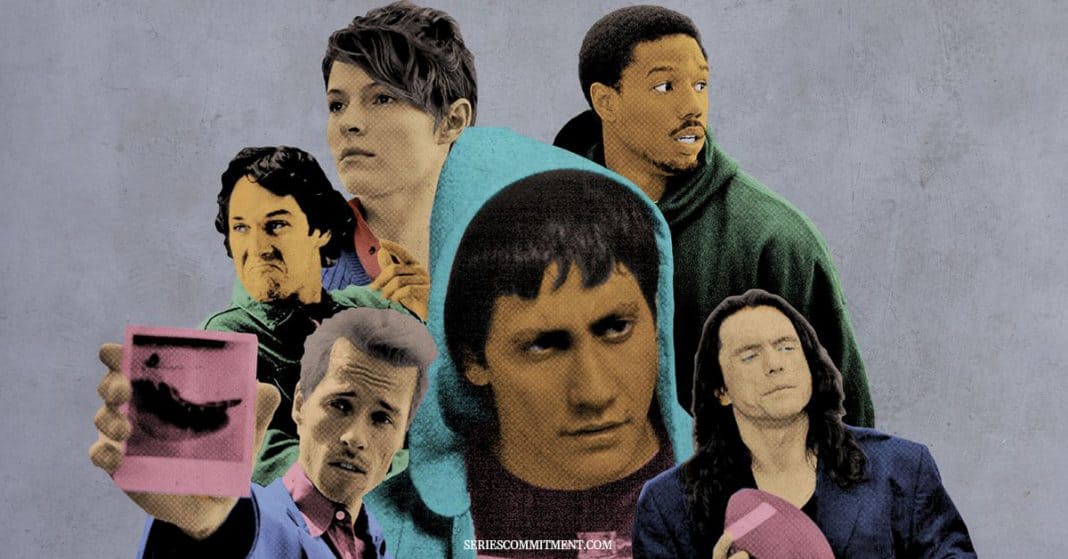 Over the years, the world of cinema has given birth to a lot of genres. Indie or independent film is probably the latest addition to the list. An indie film has many characteristics that are different from a regular movie. Firstly but not the foremost trait is that they are mostly a feature film produced outside a major film studio system. Besides, it could be produced and distributed by independent entertainment companies. Another massive characteristic is that they are highly distinguishable from the general set of movies by their content and style and the manners in which the filmmaker wants the movie to be visualized. More often than not, these are movies with a low budget. But that does not mean there is any shortage of material, be it in casting, storyline, or acting. This article will look into the best indie movies of all time. Even though this terminology is new, the list includes a few vintage movies that fit the description.

From the outright, Lester seems to have an enjoyable life, but deep down, he is slipping into depression. In such a time, he builds an infatuation for his daughter’s attractive friend, Angela. Streaming on Netflix, Prime Video.

Charlie is an immensely talented introverted freshman. He loves to watch all the happenings of life from the sidelines. When he is befriended by two seniors Sam and her stepbrother Patrick. Charlie discovers the joy of friendship, music, and love. One of the best indie movies of all time is available on Netflix, Prime Video.

An iconic Quentin Tarantino movie with an iconic set of characters. The movie tells intertwining tales of several criminals from small to big in the city of Los Angeles. Available on Fandango Now and Vudu.

Two lost souls away from their lives in America are visiting Tokyo. They happen to find solace and freedom in each other’s company. One is an actor for an ad film, and the other is a stranded wife of a photographer. Available on Fandango Now and Vudu.

One has to applaud the concept of the movie. Joel is doleful that his girlfriend has erased all her memories of him. He also plans to do the same. But with time, he realizes that he still loves her, and that can never be erased. One of the best independent films is available on Fandango Now and Vudu.

Probably a movie with a message well ahead of its time. Karen and Martha run a successful privatized boarding school on the rise for young girls. But with the allegations of them being lesbian by a spiteful student, shatters the reputation of the school and, most importantly, their personal lives. Available on Vudu for free.

The movie tells the parallel stories of the hopes and dreams of four people whose lives are linked. All their ambitions are shattered with the effects of drug addiction, taking a toll on their bodies. One of the best indie moves of all time is available on Fandango Now and Vudu.

A crime lord hires six criminals to steal a diamond who do not know their real identities. Things go haywire as police ambush them during the heist, and they are made to believe that one of them is an undercover cop. Another Tarantino movie is available on Fandango Now and Vudu.

Tom, a greeting card writer and a hopeless romantic, meets Summer, who does not believe in relationships and boyfriends. When he is being dumped by Summer, he looks back at their 500 days of togetherness to unravel his true passions in life—streaming on  Apple TV, Prime Video.

An unsuccessful puppeteer takes on a job to support his family. While working late one night, he finds a portal that leads directly to the head of actor John Malkovich. The portal becomes a mad obsession for anybody who enters it once. One of the best independent films is streaming on Apple TV, Prime Video.

Leonard Shelby is an insurance investigator. He suffers from an untreatable form of short term memory loss. He has to use notes and tattoos to hunt the man he thinks has killed his wife. That is the last thing he remembers. Streaming on Tubi, Prime Video.

Ennis and Jack are two modern-day cowboys who meet in the summer of 1963. During their shepherding job, they develop a sexual and emotional relationship. But their relationship turns complicated when both get married to their respective girlfriends. Available on Fandango Now, and Vudu.

On his way to Vienna, Jesse meets Celine on the train. He convinces her to get down at Vienna and enjoy the place with him as it is his last day in Europe. They wander together and take in the city’s experiences and each other—one of the best indie movies on Netflix, Prime Video.

A fascinating romantic movie starring Gerard Butler and Hillary swank. A widowed Holly receives letters from his late husband one after the other to help her come to terms with her life and start afresh. Streaming on Netflix, Prime Video.

A quirky family decides to travel across the country on their old van for their little daughter, Olive, who wants to compete in a beauty pageant—streaming on Apple TV, Prime Video.

The above list is bound to be a fascinating watch for movie lovers. Hope you have a good time watching any of the best indie movies suggested by this article.