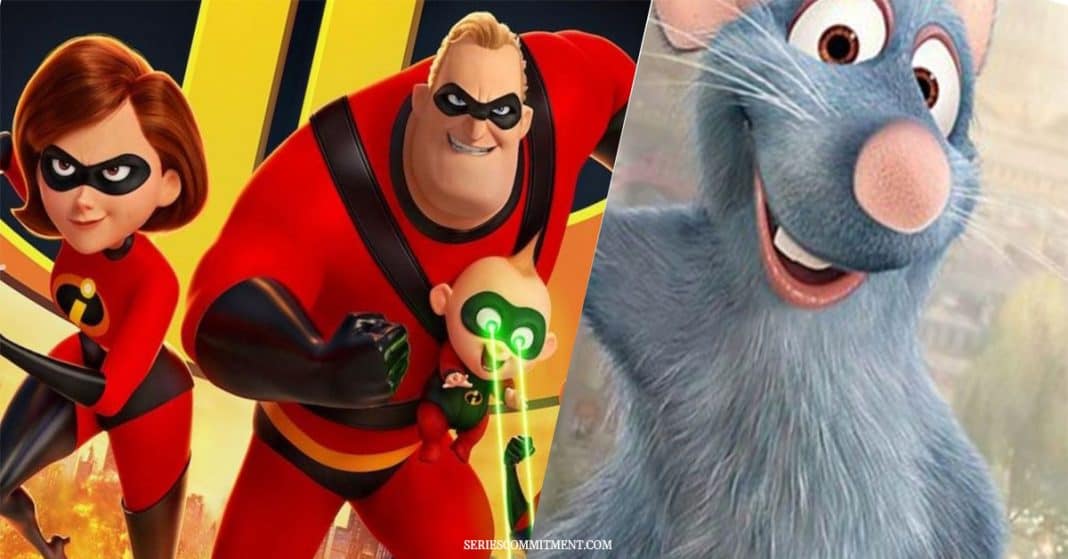 The best animated movies are those which leave the audience with a sense of nostalgia and have a happy ending. What was once used as a visual diversion for children has evolved into a genre that is as creatively splendid and engaging as any live-action film and even better.

In recent years there have been significant advancements in the technological aspects of the animation world; advances in vector art, puppets, motion capture, and tweening have helped produce higher-quality movies. The world of animation has something in store for everyone out there.

Here is a list of the best animated movies of the 21st century:

Pixar’s ‘The Incredibles’ is an excellently made cinematic masterpiece that goes over a child’s imagination to an existing dream. A family of four, each possessing superpowers of their own, are on a mission of saving Mr. Incredible from the evil Syndrome. Its story, plot, characters, emotional moments make it phenomenal.

An amateur chef becomes the talk of the town after he suddenly starts cooking the most flavourful dishes, with Remy’s guidance, a rat, who aspires to become a French chef but is not able to. It will give you everything right, from the fantastic performances to a compelling plot, with visually vibrant aesthetics.

One of the best animated movies of all time, The Lion King is the story of Simba, a lion and the true prince of his father’s kingdom, who returns in time to take what is rightfully his. A well-made movie, keeping some of the significant moments of the old movie intact.

Marlin, a nervous and neurotic clownfish, is heavily overprotective of his son Nemo, who only wants to explore the sea in its entirety. When Nemo gets caught by a scuba diver and taken away, it is up to Marlin to swallow his fears and find Nemo. Finding Nemo is a joy, both visually and cinematically.

The Lego Movie is an animated- adventure comedy film. Based on the Lego line of construction toys, its story focuses on an ordinary Lego mini-figure who finds himself helping a resistance stop a tyrannical businessman from gluing everything in the Lego world into his vision of perfection.

It is amongst the top animated movies ever to be made. Po the Panda is destined to become the Dragon Warrior, who will help save China along with the Famous Five. This movie is of comedic excellence. This film is visually stunning with its bizarre yet enticing fight scenes and beautiful cinematography.

It is an intricate piece of work by the Japanese director, Hayao Miyazaki. Chihiro, a 10-year old, along with her parents, stumbles upon a strange, mysterious park meant for supernatural beings. You can see Chihiro’s journey of growth from timid to triumphant. The conclusion of the film is as beautiful as the whole story.

Available on: Netflix and Amazon Prime

This movie narrates the adventures of Shrek, a green-skinned ogre, and his donkey that is on a mission of saving Princess Fiona. This film exhibits a complex narrative using comedy to deliver a thoughtful commentary on society in a hilarious manner. It is one of the good animated movies of the 21st century.

The post-Ice-Age adventure of a sloth, a saber tooth tiger, and a massive mammoth finds a human baby and is set to return him to his home. Its use of funny comedy and slow moments give it a nice charm. Perfect for a family movie and any time of the year.

Story of a tiny robot who works to help clean the Earth eventually finds himself smitten over another robot.

They set out together on a path that would alter humankind’s destiny. This movie was heart warming and brought little detail altogether. It involves indirect humor creating a fun atmosphere that puts a smile on your face.

This is a top movie in the list of recent animated movies revolving around Hiro, a robotics specialist, and his loveable yet high-tech robot, Baymax. He is trying to move on after the tragic death of his brother after a fire accident exploding the school. The movie is overall sad, joyful, and funny.

An older man sets out to live his wife’s lifelong dream of going on an adventure in search of Paradise Falls. The most touching part of this film is to see the love of Carl and Ellie, alive even after her death and visible in the way he keeps her memory alive and ever-present.

An exceptional tale of an eleven-year-old coping with her five core emotions – Fear, Anger, Joy, Disgust, and Sadness after she moves into a new city. This film had a creative plot, the plot is so well made that you would never get bored of it no matter how  many times you watch it.

In a land of Vikings and dragons, Hiccup, the Viking Chief’s son, befriends the most dangerous dragon out there by accident. The story is well-paced and well-executed. It’s more than just a kid and a pet story, it’s a coming-of-age story of an adolescent boy trying to find himself and finally be welcomed into adulthood.

Coco is an animated movie that tells about a 12-year-old music lover, Migauel, despite his family’s long ban on it, he accidentally enters the land of the dead and goes on an incredible journey.

It is a beautiful work of art that depicts how beautiful death can be and that it doesn’t end after death. It is one of the best animated movies of all time.

These movies are just some of the exemplary animated movies out there. Animated films provide us with the one-of-a-kind gift of amusing depictions of our greatest desires. With the situation of the globe as it is, we may require more crazy, wacky, and artistic animations than ever before. We hope you enjoy watching them.